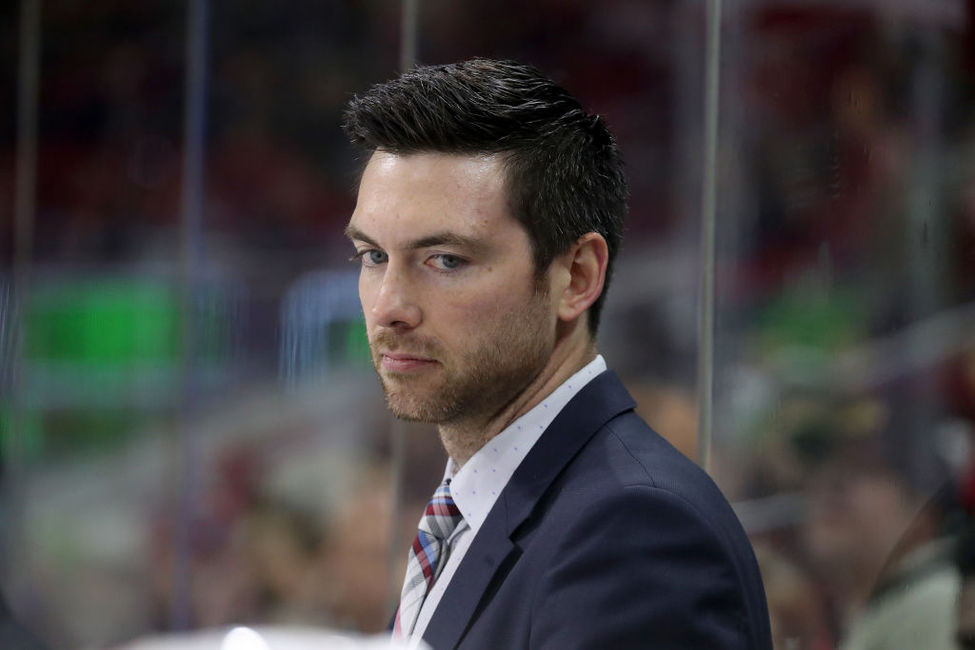 The Chicago Blackhawks have a lot of work to do and not much time do it. In addition to the draft, free agency and the search for a new president, could there be an extension for their head coach on the horizon? Plus, the Blackhawks should be looking to the draft to help with the cloudy future of the goaltending position.

Due to the unique postseason format, the Blackhawks found themselves in the Stanley Cup playoffs which they likely would not have had the 2019-20 regular season played out as scheduled. They made the best of the situation by beating the Edmonton Oilers in the Qualifying Round and hanging tough with the Vegas Golden Knights before being dispatched in five games.

The future of head coach Jeremy Colliton has been a topic of debate for quite some time. There are fans who feel he is in over his head and is not ready to be in this position, while there is another camp who preaches patience with the young coach.

Pierre LeBrun of The Athletic recently mentioned Collition and his contract that is set to expire at the end of the 2020-21 season.

I don’t believe there have been any conversations yet on the contract front, the Hawks priority right now is readying themselves for the Oct. 6-7 draft and potential roster changes. But I do expect the Blackhawks to explore extending Colliton before next season begins.

From “What does the future hold for Wayne Simmons in the new NHL economy?” by Pierre LeBrun – The Athletic, 9/8/20

It would be strange to sign Colliton to a new deal before hiring a team president. One would think that whoever the new president is would want to have control over who his head coach, and for that matter, the general manager will be.

The rumors about Blackhawks color analyst Eddie Olczyk wanting a front office job are nothing new. They have been swirling around for years and even as recently as a few days ago when it was reported that he was in the running to fill the general manager vacancy with the Florida Panthers.

The Panthers job eventually went to former agent Bill Zito and Olczyk recently spoke about his aspirations to Charlie Roumeliotis on NBC Sports Chicago’s Blackhawks Talk Podcast. He admitted that he has talked to owners and executives across the league, but he says that his part of his job and he isn’t necessarily pandering for a gig.

“Like I said: I love what I do, I’m not pursuing anything,” he said. “I do miss it. It’s always been there. I feel like I’ve been very forthright about that. You want to correct the losing and you want to see everybody smiling when things are going well and have a hand in that, and there are only certain gigs and jobs available throughout the league that allow that, but I talk to a lot of people throughout the NHL and I do get to scratch that itch when I do have people call me from teams and ask me or the dialogue I have with players throughout the league.”

It will be interesting to see if Olczyk is interviewed when the Blackhawks start their search for the next team president.

The Blackhawks have had the luxury of having a goaltender the caliber of Corey Crawford on the roster for the last few seasons. They have been fortunate to have other netminders like Ray Emery, Scott Darling and Robin Lehner to help in the team’s success.

Crawford will be an unrestricted free agent this October and even if he does return, he is no longer the long-term solution between the pipes. The future at the position is uncertain at best. The Blackhawks do not have a goaltender signed under the age of 25.

Could they use the 17th overall pick of the 2020 NHL Entry Draft to address this? Scott Powers of the Athletic thinks they might if the top goaltending prospect is on the board.

The Blackhawks would be interested in goalie Yaroslav Askarov if he’s still on the board at No. 17, but they and many others don’t expect him to be available. One source also didn’t believe the Blackhawks would take a goalie in the second or third round.

If the Blackhawks did want to use their second-round or either of their third-round picks for a goalie, one goalie scout thought Drew Commesso of the U.S. National Team Development Program would be a safe pick for them.

From “What I’m hearing about the Blackhawks’ offseason so far” by Scott Powers – The Athletic, 9/10/20

The next few weeks should be an exciting one for the Blackhawks. Between the Entry Draft, the start of free agency and what will be a fast-paced and eventful offseason there will be plenty of news in the near future.