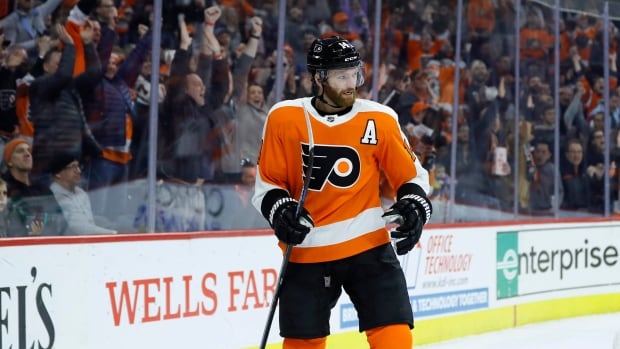 Sean Couturier is the third Philadelphia Flyers player to be chosen as the NHL’s top defensive forward.

The center was revealed as the Frank J. Selke Trophy recipient Thursday night, finishing ahead of four-time winner Patrice Bergeron of the Boston Bruins and Ryan O’Reilly of the St. Louis Blues, last season’s winner.

Couturier was named on 163 of the 170 ballots cast by the Professional Hockey Writers Association, and got 117 first-place votes.

The 27-year-old Couturier led the NHL by winning 59.6 per cent of his faceoffs (542 for 909). Only one player in Flyers history has recorded a higher single-season total since the statistic began being tracked in 1997-98. He led all Philadelphia skaters with a +21 rating while pacing team forwards in both total time on ice (1,368:23) and shorthanded time on ice (140:29).

Bergeron was a finalist an unprecedented ninth consecutive year.