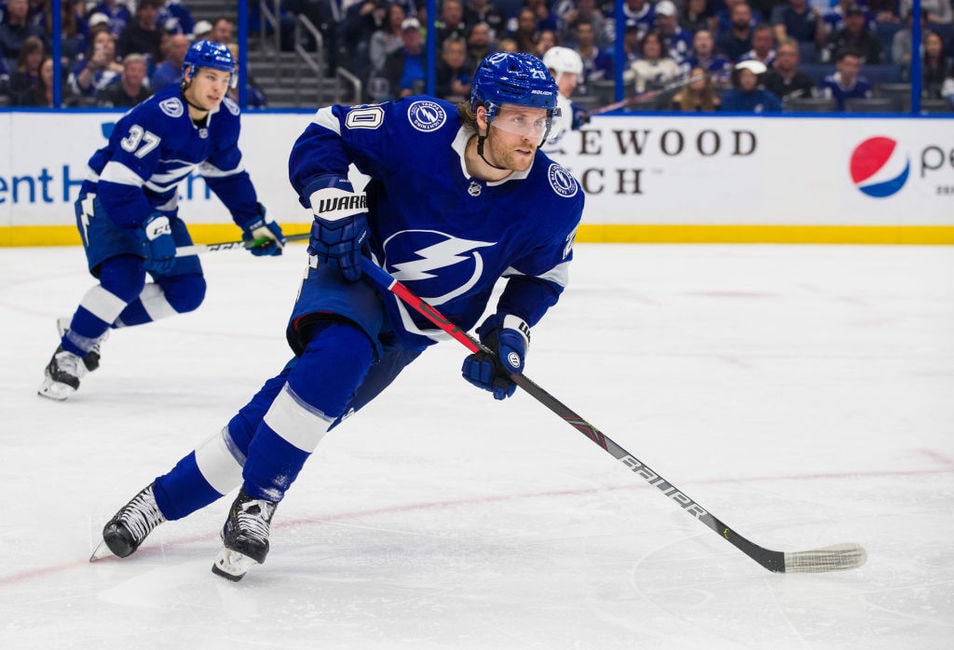 After last summer’s marquee additions of P.K. Subban, Jack Hughes, Wayne Simmonds, and Nikita Gusev, cautious optimism surrounded a New Jersey Devils team that had reached the postseason only once in seven years. A return to the playoffs in 2019-20 seemed plausible at long last.

After a slow start and lackluster winter painfully reinforced the uncertain relationship between on-paper expectations and the on-ice product, management doubled back with a trade deadline fire sale: head coach John Hynes and general manager Ray Shero were relieved of their duties, while Taylor Hall, Blake Coleman, Andy Greene, and Sami Vatanen were pawned off to playoff contenders. The luckless remaining Devils –– despite a 10-5-4 post-January record and an expanded 24-team playoff format –– after so much preseason hope, found themselves outside the Toronto bubble.

Watching from home, the Devils have had a few former teammates to follow. Hall, Coleman, Greene, and Vatanen –– now members of the Arizona Coyotes, Tampa Bay Lightning, New York Islanders, and Carolina Hurricanes, respectively –– have participated in the Return to Play. The four playoff acquisitions have, thus far, paid dividends for their new clubs.

When the Coyotes acquired Taylor Hall on Dec. 16, they were atop the Pacific Division standings, albeit precariously, and in major need of scoring. As Arizona hoped, the former Hart Trophy-winner provided enough of an offensive spark to help earn a berth in the qualifying round, finishing his 35 games in the desert with 27 points.

Once he arrived at his former Edmonton stomping ground, Hall’s game and leadership shined. A perennially strong skater with flashes of physicality for the Devils, he led Arizona’s even-strength charge in tenacious, productive fashion in their play-in series against the Nashville Predators.

Tied for the Coyotes’ series lead in assists (3), points (4), and shots (10), he earned the most penalty minutes (8) and ranked second in ice-time among forwards, averaging almost 20 minutes a game. His big blue-collar moment came in Game 2, when he bulldozed defenseman Ryan Ellis and engaged in what we’ll call a rough, attempted skirmish after the play. It was, nonetheless, a signal that he was ready to lead the Coyotes’ playoff charge.

But like the rest of the Coyotes, Hall met his match against the second-seeded Avalanche in the first round of the 2020 Playoffs and his top-line counterparts, led by the red-hot Nathan MacKinnon. His offensive production, albeit subdued –– one goal and one assist in five games –– was better than pointless showings from Phil Kessel, Oliver Ekman-Larsson, and Christian Dvorak. Now, his future is again uncertain: nearly a year after he arrived in Arizona, Hall will become a free agent this fall.

The Lightning surely didn’t need any scoring help when they acquired Coleman in February, hoping instead to cash in on the heavy-hitting forward depth he provides come playoff time. When Tampa Bay drew the Columbus Blue Jackets in the first round –– a highly charged, dramatic rematch of their devastating sweep a year ago –– Coleman suddenly became a series X factor.

Five games later, after the Lightning’s series-clinching overtime victory on Wednesday afternoon, Coleman exceeded expectations, with and without the puck. Finishing with a goal and two assists, his plus-3 rating speaks to the consistent energy and offensive pressure he forced onto Columbus’ tiring legs. Outside of the stat-skewing 5-overtime Game 1, in which he played over 40 minutes, the former Devil averaged 16 and a half minutes of ice-time per game. On the defensive end, Coleman played over 13 shorthanded minutes during the series on Tampa Bay’s first penalty-kill unit.

As beloved as he was in New Jersey, the Devils didn’t have the skill or scoring depth for Coleman to make the waves he has the potential to: as a consistent and physical second or third-line playmaker. But he’s the perfect puzzle piece for a highly-skilled offensive team, and as the Lightning venture deeper into their playoff run, Coleman seems poised to continue to prove himself a gem of an acquisition.

The former New Jersey captain became the Islanders’ elder statesman when he was acquired in February, replacing injured defenseman Adam Pelech on the blue line. Known to Devils fans as a slow-but-steady defensive defenseman, he’s been exactly that for the Islanders during their playoff run. Anchoring a relatively young back end that sees decent offensive production from Ryan Pulock and Devon Toews, Greene has played consistent stay-at-home minutes in these playoffs, as Johnny Boychuk continues to miss time for undisclosed reasons.

In their qualifying-round win over the Florida Panthers, Greene averaged 18 minutes during the three games he played, finishing with a plus-2 for the series. Against the Washington Capitals, his plus-4 ranks second on the team, a great sign for a club that’s been stingy all season in allowing goals. Helping hold down the fort and shut down offenses is what’s given Greene a long NHL career –– continuing his hallmark play is surely a delight to the Islanders.

Faced with the tall task of making his Hurricanes debut in the playoffs, Vatanen’s transition appeared relatively seamless in the qualifying round, notching three assists in their sweep of the New York Rangers. Typical for the Finnish defenseman, he made his most significant contributions on the power play, becoming Carolina’s go-to blueliner with the man advantage; originally acquired to provide the offensive edge the Hurricanes lost when Dougie Hamilton went down with an injury.

Carolina’s disappointing first-round exit against the Boston Bruins didn’t feature their most stellar defensive effort, but Vatanen’s showing was consistent, if not quiet, after missing Game 1 with an undisclosed injury. Aside from a tough minus-2 showing in Game 3, he played to an even plus-minus with increased 5-on-5 minutes, a consequence of Hamilton’s return. That Vatanen’s name didn’t appear in many headlines this series –– save for receiving a very Marchand-esque quip –– as a defenseman against the stacked Bruins, is proof that he did his job well.

Related: 3 Underachieving Devils From the Past Decade

Vatanen will be a free agent at the playoffs’ end. If these seven games are all Carolina gets out of him, they’ll be remembered as a bittersweet yet personally productive playoff pit stop.

The Devils’ four deadline departures have asserted themselves as true postseason assets –– exactly what their new clubs had hoped for last winter. For New Jersey, this extended offseason is giving them plenty of time to regroup for the 2020-21 campaign. If all goes well, come next trade deadline, the Devils will be eyeing the market for that perfect playoff-push addition of their own.