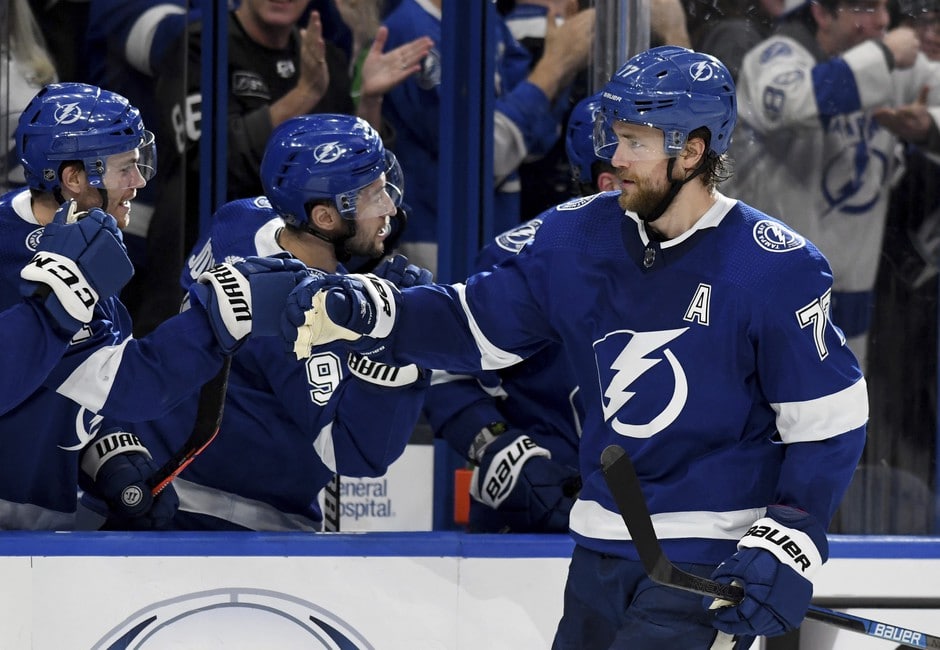 In today’s NHL rumor rundown, the Blue Jackets got good news when it comes to a couple of potentially injured players, while the Tampa Bay Lightning got potentially bad news when it comes to their star defenseman. The New Jersey Devils officially picked up two extra draft picks and the Nashville Predators are looking at ways to improve their roster with little money.

Blue Jackets Will Have Werenski and Murray

Werenski suffered an upper-body injury during the third period and underwent and MRI Saturday. Murray was scratched for Game 4, but is expected to return. Goaltender Jonas Korpisalo is expected to start in net.

This is it for the Blue Jackets. If they win tonight, they’ll bump Toronto from the postseason and move on to the Eastern Conference Quarter Finals. If not, they’ll leave the NHL bubble and their season will be over.

NHL.com’s Dan Rosen reported that Carolina Hurricanes head coach Rod Brind’Amour still isn’t sure if defenseman Dougie Hamilton will be ready for Game 1 of the playoffs.

The Hurricanes eliminated the New York Rangers in a series sweep and Brind’Amour did say that if Hamilton is ready he will play. If he is at full speed when he comes back, the Canes will be inserting a player coming off a (shortened) Norris-Caliber season into their lineup.

Unfortunately, defenseman Brett Pesce is out with a shoulder injury and not expected to play in this next series.

Paul Skrbina of The Tennesseean suggests the Nashville Predators don’t have a lot of cap room to make big changes after being eliminated from the postseason by the Arizona Coyotes. That said, the expectation is that changes are needed.

How different the team might look in a few months remains to be seen.

One option is to buy out Kyle Turris’ contract, which would cost the team $2 million against the cap through 2027-28. Another is to let unrestricted free agents Craig Smith and/or Mikael Granlund go and give prospects such as Eeli Tolvanen and Philip Tomasino a chance.

There will also be questions about Matt Duchene, who mostly struggled through the first three games and it was rumored the team was considering scratching the player in Game 4. Duchene is costing the Predators a lot of money against the cap and he’s locked in for six more seasons at $8 million per season. He has a modified no-trade clause that kicks in starting in 2023-24.

Related: Top Canadiens Backups Price Has Had Under Bergevin

The New Jersey Devils had a good weekend. Thanks to both the Arizona Coyotes and the Vancouver Canucks moving on in the postseason, they’ll receive those respective team’s first-round selections as part of trades where the picks were lottery protected.

Since the Coyotes and Canucks will not take part in Monday’s second draft lottery their picks have officially been sent to the Devils. In a similar-style trade, the Ottawa Senators officially acquired the New York Islanders’ pick yesterday.

Victor Hedman appeared to suffer an ankle injury in the game versus the Philadelphia Flyers on Saturday. The team is unsure about how much time he’ll potentially miss.

“We don’t know how long this is going to be, but when your perennial Norris Trophy finalist is out that creates a hole. But, we’ve dealt with injuries before. Our captain’s out, he’s been out for a long time.”

If Hedman is out for any length of time and the Lightning are still without Steven Stamkos, they are down two critical pieces to their lineup. Stamkos has yet to play in any of the Lightning’s round-robin games after suffering a lower-body injury in the team’s Phase 2 skates.