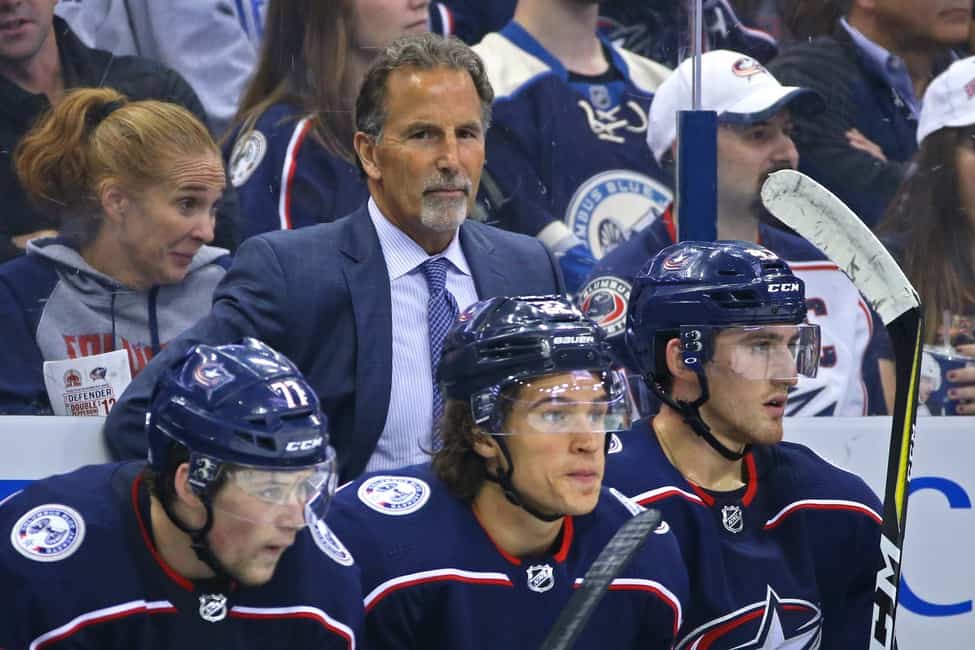 In today’s NHL rumor rundown, there is news the Montreal Canadiens might be looking at a former Buffalo Sabres forward, John Tortorella is getting ready to explode and in Los Angeles, there is news on the Kings and Adrian Kempe negotiations.

Finally, Dale Hawerchuk is dealing with health issues that will see him step away from the Barrie Colts. It is unclear as to what those health issues are.

Eric Engels of Sportsnet tweeted that he’d heard rumblings the Montreal Canadiens might be considering forward Jason Pominville as a target. Engels notes there have been some talks but nothing is imminent but the situation was something to keep an eye on.

Whether or not that means a PTO or an actual signing is still unclear but Pominville did have 16 goals and 31 points last season.

When asked about the rumors, as reported by Joe Yerdon on Twitter, Pominville said, “Really!? Wow! I’ve been on the ice.”

Coach John Tortorella told Aaron Portzline of The Athletic that if Zach Werekenski isn’t signed before training camp, he’ll be disgusted. Saying he hates it when anyone misses important ice time, he was especially proud of the work Werenski has done to reshape his game and it would be a disservice to miss any game action.

But for a young man to miss one minute of camp — and I’ve said this with Andy (Josh Anderson) — it disgusts me. That guy there, Werenski, the way he has evolved here. He has shown so much determination, so much more confidence and attention to detail playing defense without it really affecting his offensive game. He has really grown as a player. I just don’t want him to miss a beat here. I won’t be disappointed, I’ll be disgusted.

source – ‘‘Pissed off’ John Tortorella weighs in on departed players, his goaltenders, Alexander Wennberg, a new style of play and more on Blue Jackets’ – Aaron Portzline – The Athletic – 09/03/2019

Rumors are the Blue Jackets and Werenski’s camp are talking a bridge deal of around $6 million per season.

Kings Getting Closer With Kempe

It appears there is some progress being made when it comes to contract negotiations between the Los Angeles Kings and restricted free agent center Adrian Kempe.  Kings GM Rob Blake told reporters things were getting closer.

Lisa Dillman of The Athletic believes the two sides will settle on a short-term bridge deal and that there is still some grinding to do to get a deal finalized.

J.J. Regan of NBC Sports Washington took a look at some possible trade casualties coming out of the Capitals organization. Included among the names listed were defenseman Christian Djoos, center Chandler Stephenson, and center Travis Boyd.

With Washington needing to lower their team spending to get under the cap and these players not making much, more than one may have to go.

Hawerchuk Steps Away From Hockey

Former NHL star Dale Hawerchuk is stepping away from hockey for health-related reasons and will not be behind the bench for the Barrie Colts to begin the 2019-20 OHL season. The team announced the sad news Tuesday, through The Canadian Press.

“We are a tight and close family here and it’s difficult to have to make announcements like this,” team president Howie Campbell said, but would not release any further details. In his statement, he said only:

“Dale is facing some health issues and will be taking the time he needs to deal with that situation. Our best wishes and thoughts are with Dale and his family during this difficult time.”

We can only echo that sentiment and provide Hawerchuk our best wishes.

Hurdle Signing Rantanen Not About Term?

Adrian Dater writes that the gap between the Colorado Avalanche and restricted free agent Mikko Rantanen is not about the term of the deal but the annual average salary.

The belief is that, at the very least, the Avs and Rantanen will find common ground on a long-term deal, more than five years.