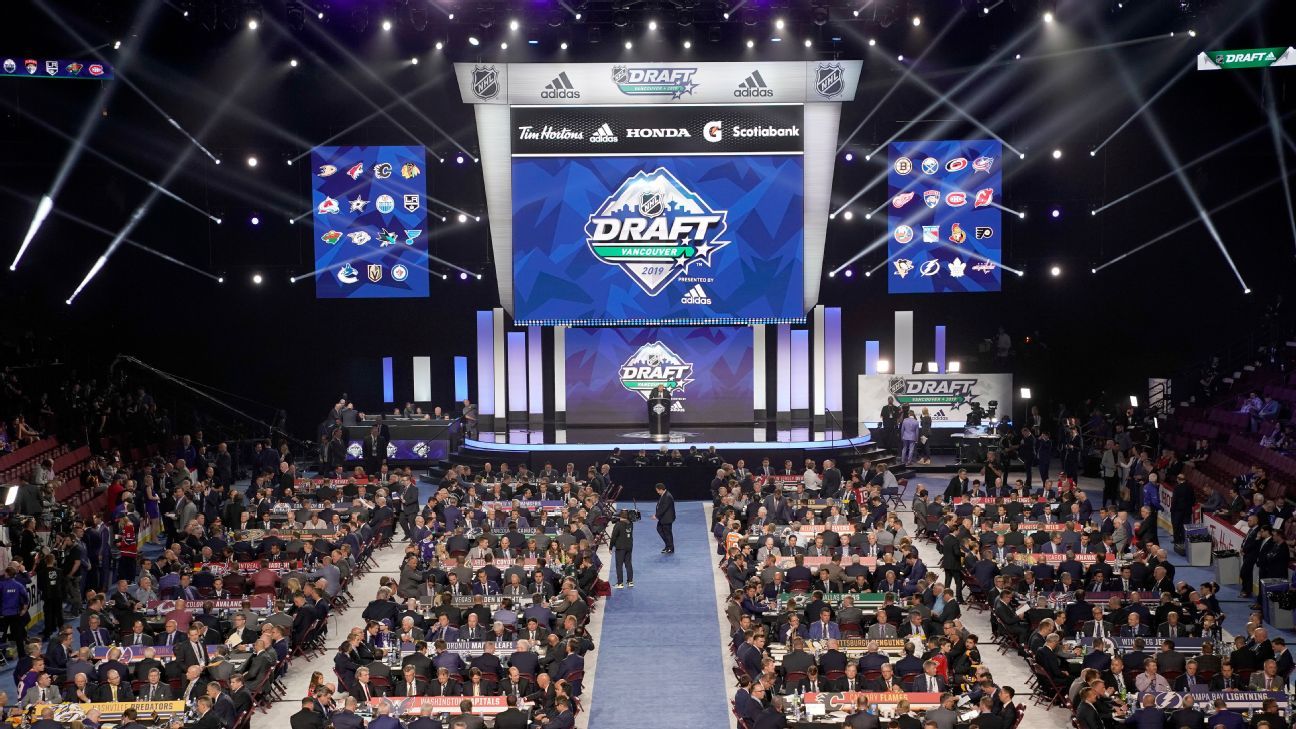 Alexis Lafreniere was supposed to walk on stage Friday night in Montreal as the top pick in the NHL draft.

After the COVID-19 pandemic paused the hockey season and postponed that possibility, Lafreniere was supposed to find out Friday night where he’d be going when the league held its draft lottery. Instead, he’ll have to wait a little bit longer.

Chaos reigned at the NHL draft lottery, with the No. 1 pick still up for grabs in a second lottery drawing among the eight teams that lose in the qualifying round of the playoffs — if play resumes.

“We all knew this could happen,” Ottawa Senators general manager Pierre Dorion said. “It definitely has been a different 2020 compared to every other year that I’ve been on the face of this earth.”

As part of the NHL’s 24-team playoff format if it resumes, 16 teams will play each other in best-of-five series to move on — and the losers of those matchups now have a major consolation prize looming: equal 12.5% odds of landing Lafreniere.

“Still not drafted, so we’ll still have to wait a little bit,” said Lafreniere, a star left winger for Rimouski Oceanic in the Quebec Major Junior Hockey League who also was captain of Canada’s world junior championship gold medal-winning team.

The league’s bottom seven teams that had their seasons ended when play was paused March 12 will be off for nine months or more if the start of 2020-21 is delayed until December or January. They also won’t be able to pencil Lafreniere into their lineup of the future.

Meanwhile, Sidney Crosby‘s Pittsburgh Penguins or Connor McDavid‘s Edmonton Oilers could get lucky again, or Taylor Hall could bring his lottery luck to a third franchise.

The league-worst Detroit Red Wings dropped to fourth, the Los Angeles Kings got the second pick and the Senators ended up with Nos. 3 and 5 because of the 2018 Erik Karlsson trade with San Jose. The drama was down to the Kings or a still-to-be-determined team, and deputy commissioner Bill Daly unveiled a card with the NHL logo on it at No. 1.

“It’s a little strange when they flip it over and you have to process that there is a secondary lottery that’s going to take place,” Kings GM Rob Blake said. “Everything has kind of taken a different path since the pause and you maneuver your way around it.”

The winning placeholder team got the top pick despite a 2.5% chance. Ottawa had the best odds at 25% combining its pick and San Jose’s, Detroit had an 18.5% chance — and the chances of the combined eight teams that could play on this summer added up to 24.5%

“I’m not really surprised,” Red Wings GM Steve Yzerman said. “The odds were better that the first pick went to [one of] the bottom eight than it did to us.”

Detroit finished with 39 points, 23 points behind 30th-place Ottawa, and was the biggest loser of the night in dropping out of the top three. The Red Wings had a league-low 17 wins in their 71-game season.

Yzerman, whom the Red Wings took fourth in 1983 and went on to be a Hockey Hall of Famer, brought up that Colorado lost the 2017 draft lottery and at No. 4 took Cale Makar, a rookie of the year candidate.

“Ultimately, let’s see in a few years when we see how the draft shakes out and who becomes a good player,” Yzerman said. “We can sit here today and feel sorry for ourselves if we want. It doesn’t matter. The system is what it is, and it’s the same for all the teams. We’ll get a great prospect and do whatever we can to develop him. Maybe we will get lucky.”

The Sharks are perhaps even less fortunate after not being in contention this season and losing out on the chance to take someone like center Quinton Byfield second. That opportunity belongs to Ottawa, which is the first team since 2000 to have two picks in the top five.

The Anaheim Ducks wound up with the sixth pick, New Jersey Devils the seventh and Buffalo Sabres the eighth. Picks No. 9-15 will be assigned to the other seven teams that lose in the play-in round, in inverse order of their points percentage. The rest of the first round will be determined by the results of the playoffs.

The top four teams in each conference — Boston, Tampa Bay, Washington and Philadelphia in the East and St. Louis, Colorado, Vegas and Dallas in the West — got byes into the traditional “first round” of the playoffs that could start as soon as late July.

If hockey doesn’t return, the teams outside the top eight in each conference on March 12 by points percentage all have equal chances at No. 1: the Canadiens, Blackhawks, Coyotes, Wild, Jets, Rangers, Panthers and Blue Jackets.