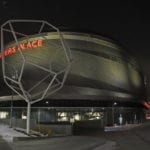 Elliotte Friedman of Sportsnet: Though not set in stone, sources are saying the NHL and NHLPA are working towards a 24-team playoff format.

The top four teams of each conference would get a bye in the first round but would play in a three-game tournament to get some game action. A best-of-five play-in series for the other teams, with following rounds being a best-of-seven.

Teams and players would need to approve the format.

Stephen Whyno: Reported seedings would be:

Chris Johnston: Friedman’s report just covers the playoff format. There are still lots of issues that need to be resolved, such as the testing, hub cities, visas, etc.

Chris Johnston: There is now at least a framework that the sides can at least discuss. Nothing has been finalized yet.

Chris Johnston: The NHLPA executive board is scheduled to talk .

Greg Wyshynski of ESPN: Sources tell ESPN that NHL will likely you two hub cities for their 24-team playoff format.

NHL deputy commissioner Bill Daly in an email when asked about the potential format: “I’m not aware of any agreement yet. Don’t want to jump the gun on anything.”

Edmonton could be one of the safest hub city options

Sportsnet: Elliotte Friedman has reported that Edmonton, Toronto and Vancouver are being considered as potential hub cities for the NHL’s playoff format.

Alberta Premier Jason Kenney believes that Edmonton could be one of the safest choices for the NHL.

“We continue to work very closely with the Edmonton Oilers franchise on refining Alberta’s proposal — we’re very keen on attracting the NHL playoffs for the summer shortened season. And I think we’ve got a tremendous pitch to make,” Kenney said.

“First of all, in terms of Alberta being a star performer in North America on the public health response to the pandemic, particularly here in Edmonton, where the number of active cases — I think we’re down to 50 active cases in this population in greater Edmonton of 1.2 million people, and a handful of people in hospital with hundreds of acute care beds that have been set aside for COVID patients.

“Together with the highest per-capita testing in North America, if not the world, I think we are the safest place they could find in the continent to come and, in a very thoughtful and careful way, finish off the season with the playoffs.”