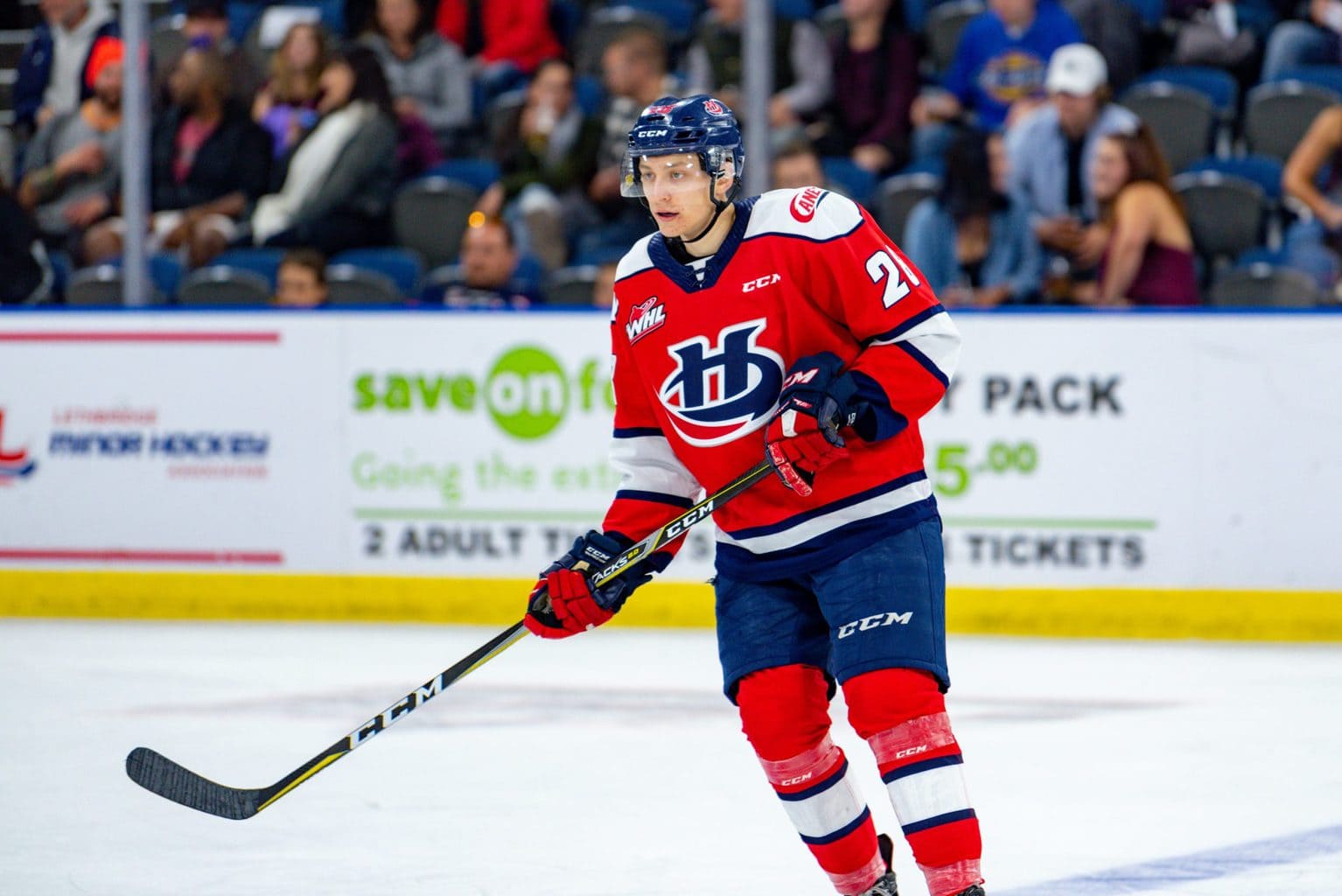 With the 2020 NHL Entry Draft set to be one of the deepest classes of the last few years, there are many mid-to-late round gems to be found. The St. Louis Blues have five picks in total this year and are looking to find one of those gems.

In this specific article, we will take a deeper look at some players the Blues could target with their third-round pick, which is slotted in at 92nd overall. Here are five players who make sense for St. Louis:

To go along with the excellent season he was having with the Generals, he was named to the 2020 CHL/NHL Top Prospects Game in Hamilton, Ontario.

According to multiple scouting reports, he plays a power game with “aggressive offensive instincts.” He has the ability to make plays happen offensively. He’s good in the corners, as well as winning fifty-fifty puck battles. He’s a smart player, who plays the game aggressively.

Now, multiple sites have him pegged as a true mid-second round pick, but depending on how the board rounds out, he could fall into the Blues’ lap. This is the perfect forward for the team, one with size and one who isn’t afraid to play in the dirty areas.

Evan Vierling is another player who exemplifies what the Blues like to do on offense. He does dirty work, gets pucks in deep, and does that all while being a point per game player in the OHL.

Size-wise, he comes in at 6-foot, 167 pounds, so it will likely take him a few years to grow into his body and make an impact at a higher level. That’s what you get when a player with talent and a solid track record is a mid-to-late round pick.

A lot of mock drafts project him to go anywhere from the late third round into the fifth round, it varies across the board. The only thing that matters is what NHL executives think of the player, and the Blues may like Vierling in the late third round based on his overall style of play.

The first defenseman on the list is 6-foot-2, 175 pound Alex Cotton of the Lethbridge Hurricanes in the WHL. Cotton is a pure offensive playmaker on the blue line.

Many describe his game as a player that displays strong puck skills, a late bloomer, and a future power play quarterback for whatever team takes a chance on him. He projects to be a second to third-round pick, maybe even slipping into the fourth. The Blues would be wise to jump on him if he’s available at No. 92.

William Dufour is another player with unknown draft stock, some have him rated in the third round, while others have him falling past it into the fourth. There are many things to like about this prospect.

Coming in at 6-foot-3, 195 pounds, Dufour brings good size and strong puck play to the table. His numbers have developed well in the QMJHL, as he scored 22 points for the Chicoutimi Sagueneens in 2018-19, moving on to the Drummondville Voltigeurs in 2019-20. He tallied 18 goals and 33 points in his season there.

One note from a scout, “Dufour exploits soft areas that open on the attack and swoops in and fills when there is a chance his teammates can get him a shot in the look.”

He is another player that fits the Blues’ prototype, with his size and strength. He will get into dirty areas and can score goals if needed. Like other players, it’s unknown whether he can fall to No. 92 or not. It will be interesting to see if the Blues like him as much as many analysts do.

The final player on this list is Austrian import Thimo Nickl. It could be wishful thinking, like with the other prospects, that he falls to No. 92 for the club. But many believe he is underrated, so he could end up slipping.

He looks to be a two-way defender with good offensive instincts, as he’s been running the power play for Drummondville. He comes in at 6-foot-2 and 176 pounds, so I believe he can grow into being a better overall defender in the future.

One thing that helps him is his mobility and reach, so that can make a transition into being a complete player easier for him. His shot is getting much better and will continue to do so.

Related: Meet the Steal of the 2020 NHL Draft

Lastly, he isn’t a flashy player, which is why he may be underrated, but I believe a team that gets him in the third round or later is getting a total steal. He needs to develop, as does any player drafted in the middle rounds, but I think the NHL version of him could be special.

Overall, with the depth of this class, the Blues should be able to grab a good prospect in the third round. Any of these five would fit right into their system and develop. A two-way forward with size or a two-way defender with size should be the route the Blues go. Someone who can win puck battles and do some dirty work, is someone the club should want.