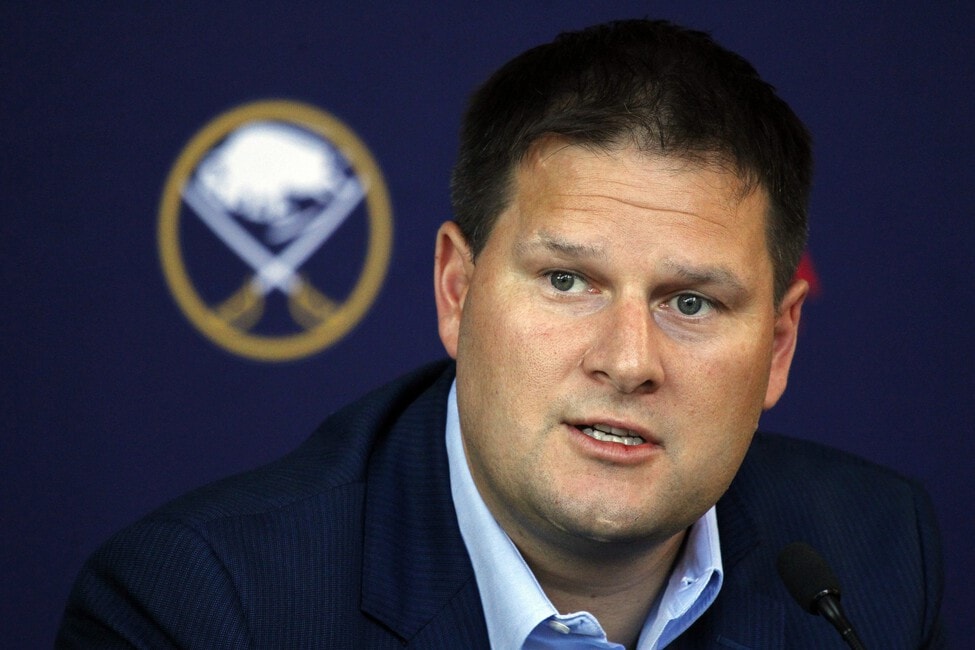 When the NHL originally said that the league would be suspended for a couple of weeks before being reassessed, there was a degree of optimism. The hope existed that we could potentially see a return to action.

What a difference a few days makes.

Now, it is unlikely we will see a completion of the 82-game schedule, nevermind a traditional playoff format leading to the awarding of the Stanley Cup. While contingency plans are being discussed, so much is up in the air.

Regardless of what happens, this Buffalo Sabres’ season, for all intents and purposes, is over. The organization will extend their personal playoff drought record to a ninth season. This NHL hiatus will see certain elements of the organization benefit while others will see a detriment.

Let’s get this straight — no one wants to press pause on the season. The ideal outcome would be to complete the regular season as scheduled and compete in a full playoff. However, the reality is that members of the Sabres’ organization are likely to prosper from this broken season.

One person who looks to benefit is newcomer Dominik Kahun. He wasn’t getting much of an opportunity with the Pittsburgh Penguins before the trade. Since arriving with the Sabres, he is first on the team in points per hour and is in the top-seven in shots per hour, shot attempts per hour and individual expected goals per hour. On top of that, he has an astonishing 25% shooting percentage.

It’s a small sample, to be sure. But on a team starved for offence, the impact Kahun has had will be memorable. A restricted free agent at season’s end, he will look to cash in on the opportunity he created for himself without having to worry about an inevitable regression a full season could present.

The other member of the organization that could benefit from a shortened season is general manager Jason Botterill. Now, don’t get me wrong, I still feel he will and should be replaced in the offseason. The circumstances we find ourselves in could provide him with one last lifeline with his career as Sabres’ general manager.

The general consensus going into the trade deadline was that the Sabres should sell off most or all of their expiring unrestricted free agent contracts while finding some pieces for the long term. Botterill opted to do a bit of both in acquiring Kahun and Wayne Simmonds with the goal of having meaningful games in March.

After the trade deadline, the Sabres instead rattled off six regulation losses in a row followed by a shootout win over the Washington Capitals. They didn’t finish February with meaningful games, nevermind have any in March. The team continued to plummet in the standings and instead of fighting for a playoff spot, found themselves sitting seven spots from dead last in the league.

If the season is able to finish, the Sabres could see themselves fall another two or three positions. Where they are is completely inexcusable. Anything lower should mean certain termination for whoever built this mess. This team may not have the chance to fall any further, which may give Botterill a sliver of hope.

Additionally, there is much uncertainty surrounding exactly how this season will play out and transition into next season. The schedule could be extremely tight with a limited offseason. To try and bring in a new hire that will rearrange everything in the hockey department and make crucial decisions with regards to the draft, free agency and coaching takes time. It may give the Pegulas a convenient excuse to keep things the way they are and hope fans are just excited to get hockey back and forget how abysmal this season was.

Although there are a couple of Sabres who could benefit from the suspension, there are a few more who will see this situation as a major detriment.

As much as fans may have been ready for the season to end two weeks ago, the final 13 games had meaning for a few members of the Sabres’ organization.

First and foremost is coach Ralph Krueger. To say this season hasn’t gone according to plan would be an understatement. The coaching change has done little to alter the results as the Sabres find themselves in nearly the exact same spot as last season.

When things get up and running and the future outlook is clearer, fans will be clamouring for change. If Botterill’s job is indeed safe, the next logical change could be behind the bench. Even if he is awarded a second chance, finishing on a 1-6-0 run would leave a bitter taste and remove some of the luster from Krueger’s inaugural Sabres season.

Sam Reinhart is no doubt also disappointed that the season could be over. This is the biggest season of his career as he looks to be the beneficiary of a new contract next season. To date, he has consistently improved his points per hour rate each season of his career from 1.89 in 2015-16 to 2.51 in 2018-19. This season, he regressed a little to just 2.11 points per hour.

This point rate is still the third-best of Reinhart’s five seasons and he was on pace to finish with the second-most points of his career. Even still, one can only imagine he’d want an opportunity to improve on his numbers and hit the 70-point mark. Alas, he probably won’t have the opportunity.

Victor Olofsson is another who would benefit from playing out the schedule. Although his rookie campaign was derailed due to injury, he likely would have wanted one last push at Quinn Hughes and Cale Makar for the Calder Trophy.

Related: NHL Attendance Leaves a Lot to Be Desired

Think too of Jeff Skinner. After signing his mega-contract in the summer, he has struggled this season, amassing only 14 goals and 23 points in 59 games. He was building chemistry on a line with Kahun and Marcus Johansson and could use the final stretch to build some momentum going into next season.

Jack Eichel and Rasmus Dahlin no doubt would like to finish their seasons as well. Eichel is on pace for a career high in points and absolutely would like to push for 95 points. Dahlin was producing at the same rate as Reinhart and is itching to add to his historic numbers.

One last player who is looking to complete the season is Casey Mittelstadt. The much-maligned prospect has tried to do what needs to be done in order to make it back to the NHL. His lack of production with the Sabres and inability to light it up with the Rochester Americans has caused many fans to label him a bust and move on. If he has the opportunity to finish strong in the AHL, he could change the viewpoint of those who have a say in where he starts next season. Otherwise, he’ll probably have to put his NHL aspirations on the backburner a little longer than he’d like to.

These are no doubt unprecedented times. With the pandemic we are now facing so much is up in the air.

With the season pausing, it means different things to different people. With the heat rising, taking a break could certainly mean good things for Botterill. With earnings and career benchmarks on the line, ones like Reinhart and Dahlin want the season to continue.

Obviously, in the big picture, this season is small beans. A few hockey games, career stats and earnings mean little when lives are on the line. While we all want hockey back to fill the void in our life that helps us escape the heavy realities of our existence, there are no doubt members of the Sabres with a very real interest in what happens going forward. In any event, whatever happens over the next couple of months will shape the Sabres for years going forward.