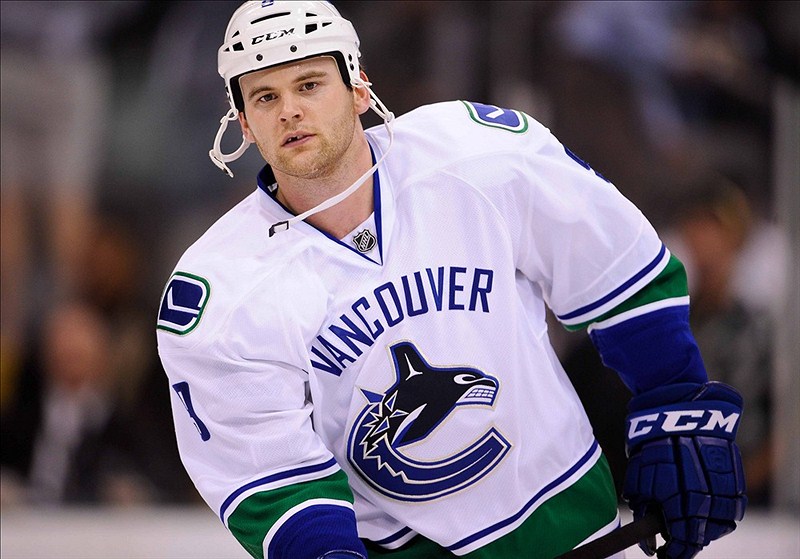 As the 2020 NHL Trade Deadline approaches, it is an appropriate time to look back at the impactful deals the Vancouver Canucks made in the last decade. These trades aren’t limited to just transactions made on the day of the deadline but the days leading up to it as well. The Canucks have acquired players who’ve impacted their roster but have traded away fan favorites as well.

Prior to making their Stanley Cup Final run in 2010-11, the Canucks traded for Maxim Lapierre and Chris Higgins in two separate trades to add depth to their team. Lapierre was acquired from the Anaheim Ducks alongside MacGregor Sharp for Joel Perrault and a 2012 third-round pick, which was used to select goaltender Frederik Andersen. Lapierre played a role in the Canucks run as he centered the team’s third line, after an injury to Manny Malhotra. He also scored a big game-winning goal in a 1-0 win in Game 5 of the Stanley Cup Final to put the team up 3-2 against the Boston Bruins.

Lapierre left the team after the lockout-shortened 2012-13 season in free agency but Higgins’ tenure with the team lasted for six seasons. The Florida Panthers traded him for Even Oberg and a third-round pick in the 2013 draft. He had a total of four goals and eight points in 25 games for the Canucks in the 2011 Playoffs.

Related: 20 Biggest NHL Trades in the Past Year

Although he was initially seen as a fourth-line winger alongside Lapierre, he saw time on the second line with Ryan Kesler and the third line as well. During his time with the Canucks, he had 62 goals and 142 points in 314 games, providing secondary scoring for the team. He now serves as the assistant director of player development for the team.

The Canucks traded Cody Hodgson and Alexander Sulzer to the Buffalo Sabres for Zach Kassian and Marc-Andre Gragnani. Hodgson, a rookie at the time, showed promise as he had 16 goals and 33 points in 63 games before getting traded. He became a fan favorite due to the thin prospect pool and the aging core of the team at the time.

The forward had a rocky relationship with Canucks management, which started with an injury he had suffered during a team supervised off-ice training session. He was criticized by former head coach Alain Vigneault on the seriousness of the back injury, which caused him to miss most of his final junior season and a chance to represent Canada at the 2010 World Juniors. Following the trade, he played four seasons with the Sabres before being traded to the Nashville Predators where he only played 39 games before retiring.

Canucks made the trade just before the 3 p.m. ET deadline to add Kassian to their team. They made the trade to add toughness, something they lacked against the Bruins in the Final the season prior. Adding the power forward didn’t help the Canucks return to the Final and Kassian’s time with the team overall wasn’t great. He struggled to stay consistent throughout his four seasons in Vancouver. He now plays with the Edmonton Oilers, where he has found success and has signed a four-year extension.

End
of the Luongo Era

After eight seasons with the team, Roberto Luongo was traded back to the team he was originally acquired from. This trade with the Panthers happened the day prior to the trade deadline but is still one of the biggest trades the Canucks made in the 2010s.

The star goaltender first requested to be traded after Vancouver suffered a first-round loss against the Los Angeles Kings in 2012 due to Cory Schneider starting the last three games of the series. The Canucks were unable to trade him, which led to Schneider and Luongo splitting starts in the 2012-13 season. Schneider was traded at the 2013 Draft for the ninth-overall pick, which was used to select Bo Horvat.

The 2013-14 season saw Luongo with another goalie controversy, as Eddie Lack started every game after the Olympics in Sochi. Former head coach John Tortorella chose to start Lack over Luongo at the NHL Heritage Classic game, which turned out to be the last time Canucks fans saw the goaltender on the roster. He was traded alongside Steven Anthony to the Panthers for Shawn Matthias and goalie Jacob Markstrom, the possible MVP for the Canucks in 2019-20. He played five seasons in his second stint with the Panthers before retiring. His 12-year, $64-million contract continues to be a problem for Vancouver as it will be a $3,033,206 cap hit until the end of the 2021-22 season.

Alex Burrows will always be remembered in Vancouver by the heroic goals he scored in the playoffs. The forward scored a memorable goal in Game 7 against the Chicago Blackhawks in the first round of the 2011 Playoffs. He was traded to the Ottawa Senators a few days prior to the 2016-17 Trade Deadline and the Canucks acquired forward prospect Jonathan Dahlen in return.

Burrows was inducted into the Canucks Ring of Honour this season when they faced the Senators in December. The team honored his journey from the ECHL to the NHL and how hard he had worked to play 13 seasons in the League. Meanwhile, Dahlen struggled to make the main roster and was traded to the Sharks two seasons later.

Canucks Went From Buyers to Sellers

The Canucks were buyers in the trade market early in the decade as they looked to add depth to their roster. Adding Lapierre and Higgins made the team deeper for the playoffs and allowed them to play with four lines. Trading for Kassian was an attempt to add toughness into the roster, which general manager Mike Gillis thought they lacked. They became sellers as the core aged and they had to trade away players to get younger and acquire draft picks. The Luongo and Burrows trades are evident of this as the team traded for prospects and a young goalie in Markstrom.

Get the latest 2020 NHL Trade Deadline news, rumors and analysis