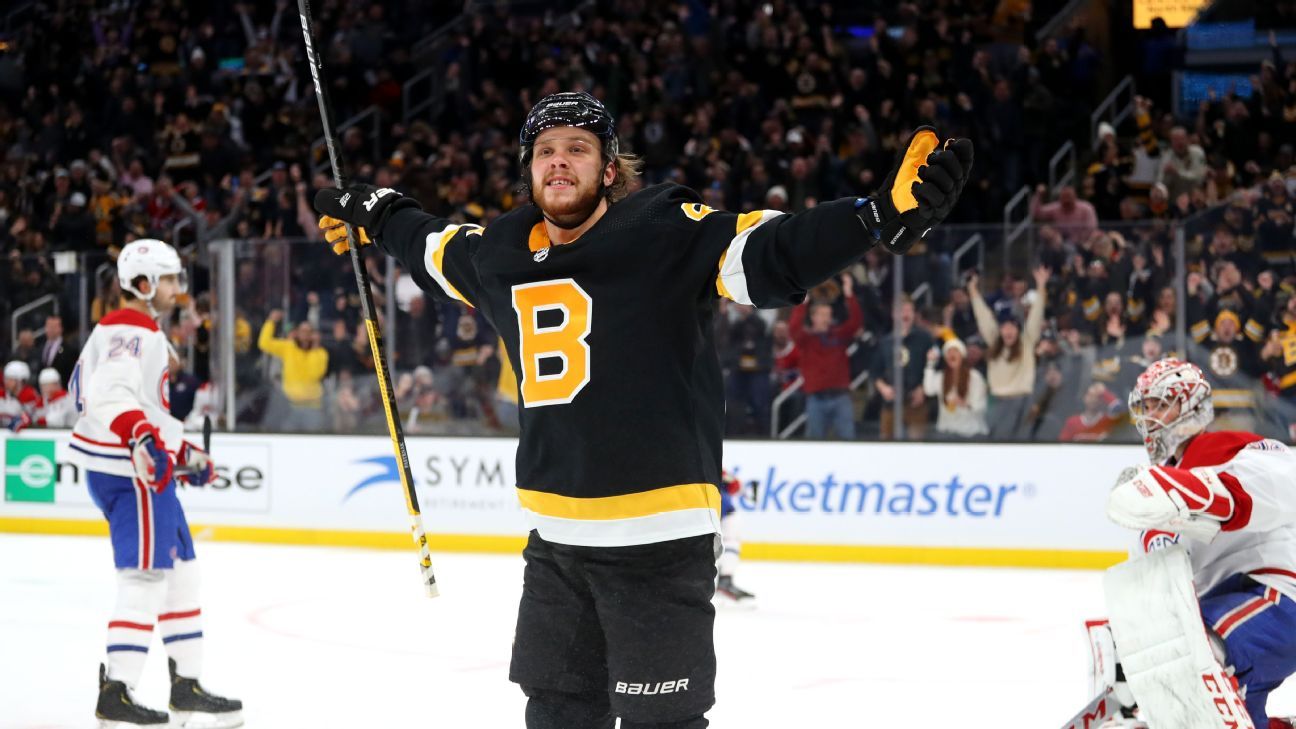 The star right winger needed just two periods to record his fourth hat trick of the season as Boston bested the rival Canadiens at TD Garden, 4-1.

The four hat tricks are the most in a season by a Bruins player since 1974-75, when Bobby Orr and Phil Esposito each had four. Esposito has the club record with seven, done in 1970-71.

It also marked Pastrnak’s second hat trick this season against Montreal. He became the first NHL player with multiple regular-season hat tricks against the Canadiens since Gordie Howe in 1951-52, and the first Bruins player ever to do it, according to ESPN Stats & Information research.

Pastrnak put the Bruins ahead with a goal at 6:59 of the first period, then made it 2-0 at 4:16 of the second. Montreal got one back less than a minute later, before Pastrnak made it 3-1 with a power-play tally late in the second period.

That gave him a career-high 41 goals in 58 games this season. He became just the third player in Bruins history to record 40 goals and 40 assists before the team’s 60th game, joining Ken Hodge (1973-74) and Esposito (four times).

This season, Pastrnak and Ovechkin are the only players with four hat tricks; prior to that, no player had four hat tricks in a season since 2010-11 (Alexander Semin, Drew Stafford).

With the win, the Bruins (35-11-12) moved three points clear of the Tampa Bay Lightning for best record in the NHL.