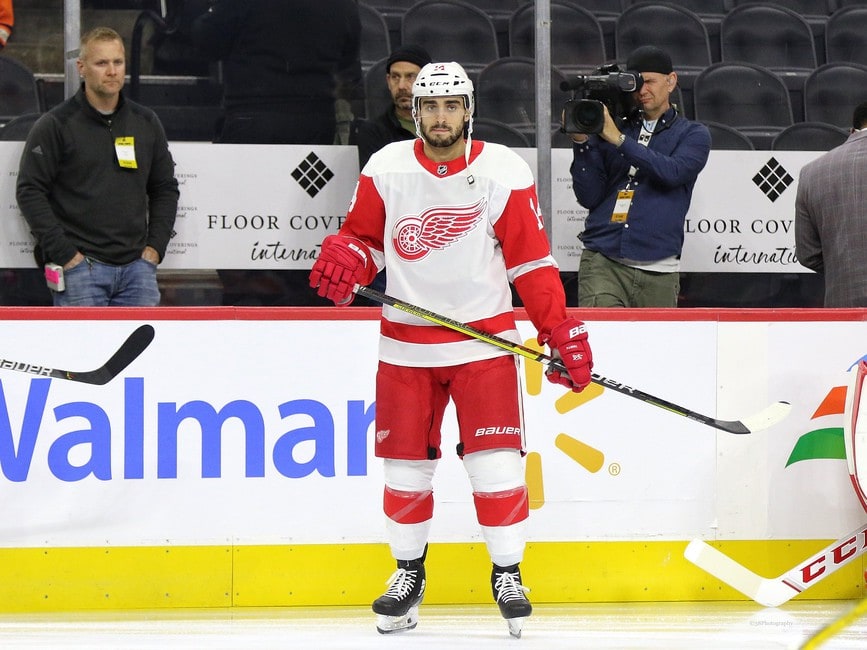 In total, Detroit Red Wings general manager Steve Yzerman has made five deals this season. Some have been bigger hits than others. However, there is no doubt that the most successful trade he has made thus far is the trade he made to acquire 24-year-old winger Robby Fabbri.

In 34 games with the Red Wings, Fabbri has 10 goals and 23 points, placing him firmly in the team’s top five in scoring over that stretch. Fabbri has given a team that lacks scoring punch a legitimate threat on the wing. (from ‘Red Wings midseason report: Thumbs up, thumbs down and what’s ahead,’ Detroit News, 01/03/2020) In a season with few bright spots, Fabbri has been the rare exception.

As the calendar flips over to February, the trade deadline begins to loom large over the NHL. The Red Wings are surely taking into account every piece they have and what value they could extract from moving players off of the team. Fabbri, a pending restricted free agent (RFA), is the type of player the Red Wings could potentially fetch a pretty penny for. However, it may be just as beneficial for the team to retain the young winger.

Outside of Tyler Bertuzzi, Anthony Mantha (who can’t seem to buy himself a clean bill of health) and Filip Zadina, the Red Wings lack true scoring threats on the wing. Furthermore, only Mantha and Bertuzzi could be considered “in their prime” or close to it. At 24 years old, Fabbri fits that category.

The immediate argument to be made here is that Fabbri won’t be in his prime once the Red Wings are playing competitive hockey again, so why hang on to him? To that argument, there are plenty of answers.

The Price is Right?

Fabbri is on pace for 41 points, which would be a career high. Given his injury history, Fabbri hasn’t had the opportunity to truly prove he can consistently produce at the NHL level. This is actually a good thing for the Red Wings.

It should be beneficial to both sides to work out a short-term deal. Hypothetically, a two-year deal gives both sides the opportunity to build for the future and determine whether a long-term agreement is in order. It doesn’t strap the Red Wings with a potentially albatross contract (they already have plenty of those). It also gives Fabbri the opportunity to increase his asking price the next time around.

For what it’s worth, Fabbri has seemingly enjoyed his time with the Red Wings. Despite the team’s lackluster play, the Red Wings provided him with the opportunity to produce and play big minutes that he wasn’t getting with the St. Louis Blues. There should be interest on both sides in getting something done.

Realistically, it’s too soon to project whether Fabbri has found his forever home with the Red Wings. All it takes is the right offer, or another player’s progression, and the organizational landscape will shift. As for now, Fabbri represents the exact type of player Yzerman has taken gambles on: former first-round picks who haven’t received a fair opportunity. While they continue to rebuild, the Red Wings should continue with this mentality.

If nothing else, Fabbri represents the first real steal of a trade from Yzerman. Acquiring a guy who can produce in an offensive role for somebody who was stapled to the fourth line (Jacob de la Rose) is a home run for the Red Wings and Fabbri. Fans and everyone else involved should hope that this season is only the beginning of a long, fruitful relationship between the two parties.