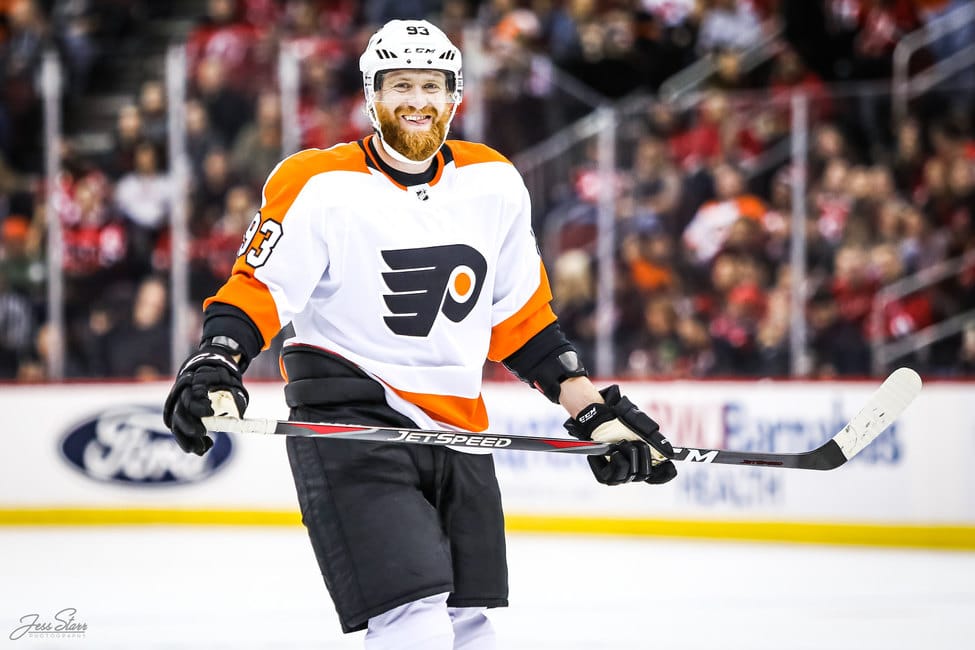 Tyler Pitlick, Michael Raffl and Travis Konecny scored for the Flyers, who won for the third time in their last four games. Brian Elliott, playing for the first time since Jan. 7, stopped 30 shots and improved to 6-2 in his career against his former team.

Justin Faulk, Ryan O’Reilly and Alexander Steen scored, and Jordan Binnington made 21 saves for the Blues, who had their NHL best nine-game home winning streak snapped. The streak matched the longest in franchise history set from Jan. 26 – Feb. 26, 1991.

With the Blues trailing 3-1, O’Reilly cut the deficit in half with his ninth midway through the third. The goal snapped a seven game scoreless stretch for O’Reilly, dating back to Dec. 29.

Steen tied it with 6:21 left on a backhand after Robert Thomas’ pass found him all alone in front of the Flyers’ net. It was Steen’s fourth of the season, all of which came on the Blues’ current five-game homestand.

Faulk’s power-play goal, a one-timer off a perfect feed from Alexander Steen, gave the Blues a 1-0 lead with 5:36 left in the first period. Faulk has 21 points in 31 career games against Philadelphia, the most he has scored against any team.

St. Louis has at least one power-play goal in 11 of their last 14 games.

Pitlick tied the game with his fifth goal of the season with 7:17 left in the second period. Pitlick scored when his centring attempt from behind the net deflected off the leg of a Blues defender past Binnington.

Raffl banged home a rebound of Robert Haag’s slap shot to put the Flyers up 2-1 with 4:17 left in the second. It was Raffl’s fifth goal of the season and first in three games.

The Blues activated D Carl Gunnarsson (upper body) from the injured reserve and placed D Colton Parayko (upper body) on the injured reserve, retroactive to Jan. 2. … Flyers assistant coach Mike Yeo made his first return to St. Louis since he was replaced by Craig Berube in November 2018. … The Blues are 21-0-6 this season when scoring first, the only team in the NHL without a regulation loss in that scenario. … Flyers G Carter Hart (abdominal strain) will miss 2-3 weeks and G Alex Lyon was recalled from Lehigh Valley of the AHL under emergency conditions. … F Joel Farabee has been loaned to Lehigh Valley and F Chris Stewart has been placed on waivers.