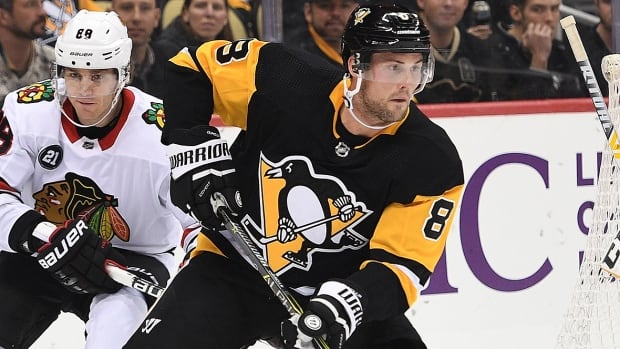 The Pittsburgh Penguins will be without defenceman Brian Dumoulin for at least eight weeks after he underwent left ankle surgery on Sunday.

Dumoulin left Saturday night’s 5-2 loss to St. Louis in the first period with what the team termed a lower-body injury.

Dumoulin has one goal and six assists in 23 games this season. He missed four games earlier in the season with an unspecified lower-body injury.

Despite the injuries, Pittsburgh boasts a 14-9-4 record and holds down the second wild-card playoff spot in the NHL’s Eastern Conference.