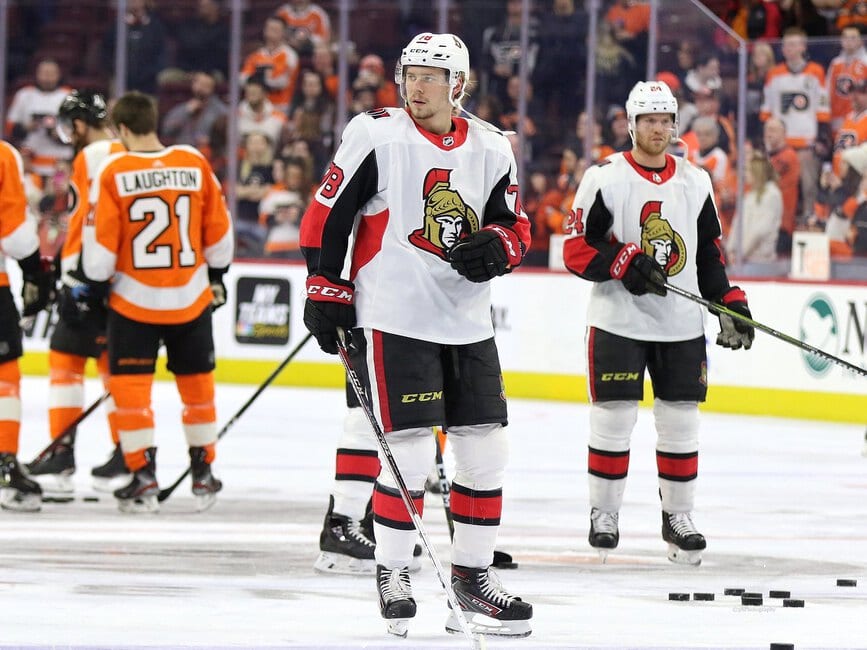 OTTAWA — The Ottawa Senators scored three first-period goals and Anders Nilsson made 38 saves in a 4-1 win over the Carolina Hurricanes on Saturday.

Filip Chlapik, Vladislav Namestnikov and Jean-Gabriel Pageau all scored in the first as the Senators (6-9-1) won their second straight game and third in their past four. Brady Tkachuk also scored in the third.

Andrei Svechnikov had the lone goal for the Hurricanes (9-7-1), who lost their fourth straight game. James Reimer made 26 saves in the loss.

The Senators led 3-1 at the start of the third period and it stayed that way until Tkachuk scored at 15:53. Ottawa is now 5-4-0 on home ice this season.

Chlapik gave the Senators a 1-0 lead just shy of the halfway mark in the first when he deposited a rebound past Reimer with a backhand. Jonathan Davidson and J.C. Beaudin each collected an assist and their first NHL points on the goal.

Beaudin came close to getting his first NHL goal in the third period but, while his shot was able to beat Reimer, it didn’t beat the crossbar.

Already up 1-0 in the first, the Senators set a franchise record for fastest two goals when Namestnikov and Pageau scored four seconds apart late in the first period to take a 3-0 lead.

Namestnikov had a Tyler Ennis shot hit him in front of the net and get past Reimer at 16:47. On the ensuing faceoff Pageau chased the puck down in the Carolina zone and beat Reimer from just inside the top of the face-off circle at 16:51.

The Hurricanes came close to getting on the board late in the period but Nilsson made a great pad save on Warren Foegele as time expired.

Late in the second period Nilsson made another great save in tight on Teuvo Teravainen, but only after Svechnikov beat him on the power play at 10:58 cutting the Senators’ lead to 3-1.

This report by The Canadian Press was first published Nov. 9, 2019.