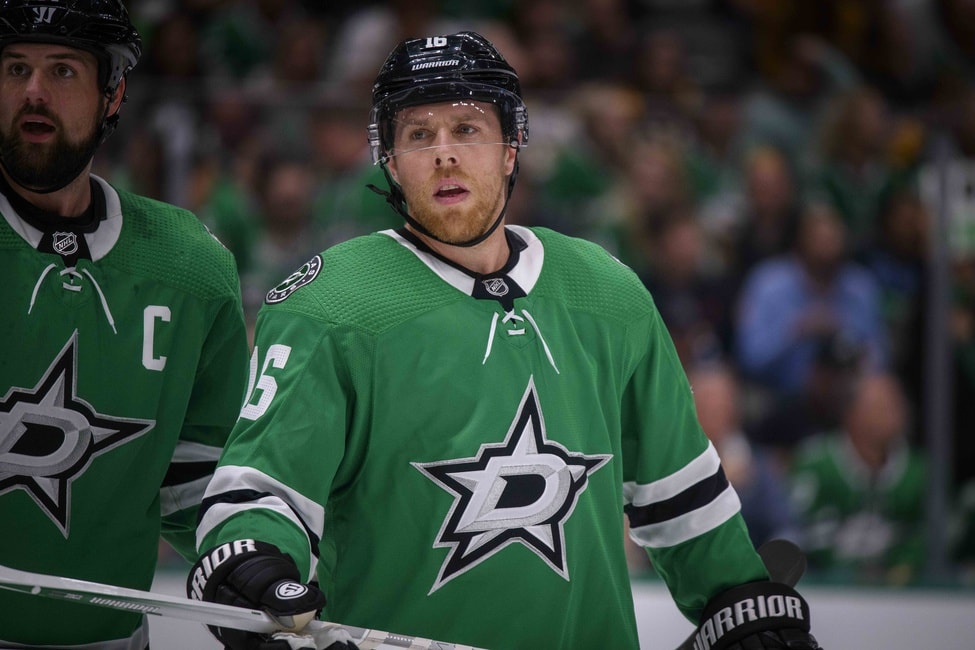 One of the biggest talking points this offseason in Dallas was the decision between which big fish the Dallas Stars should sign: Mats Zuccarello or Joe Pavelski. The Stars had formerly acquired Zuccarello at the 2019 Trade Deadline for two conditional draft picks. One of those conditional picks was a 2020 third-round pick which became a first-round pick if the Stars re-signed him for the upcoming season. The fanbase on Twitter and other outlets seemed quite split on which player would be a better fit. In the end, signing Pavelski and retaining their first-round pick was the route the Stars chose.

The team needed a finisher. They needed a player to come in and score goals for them, they ranked 29th in goals scored and 28th in shooting percentage in the 2018-19 season. Acquiring a player like Pavelski, who has amassed as many 30-goal seasons as he has had in the past, was a welcomed asset. However, he has been radio silent on the score sheet. Between bouncing from the first line to playing on a third-line role, he has not been playing as advertised through the first ten games of the season.

A lot of Stars fans came into this season with dreams of John Klingberg and Miro Heiskanen floating pucks through man-advantage lanes to beautiful, crisp Pavelski deflections. I know, because I was one of them. Having him play net-front on a powerplay loaded with talents like Klingberg, Tyler Seguin, Alexander Radulov and Jamie Benn was a dream.

Sadly, that dream has quickly become a nightmare. The Stars are 2-for-27 on the power play this season. Now there are problems with the power play itself that we could dive into but I was really expecting to see Pavelski do work on the man-advantage. With 10 games played, he sits at zero points through 30 minutes of power-play time. All he really has to show for his time so far is three shots on net with four high-danger chances. This is coming from a player who was eighth in the league last year in goals per hour on the power play.

He’s been flipped from the first unit to the second unit and he’s been put net-front as well as been assigned the to bumper role and half-boards; just anything to get a spark out of him. And maybe that’s the issue. The constant shuffling of position and linemates just hasn’t created the spark that’s needed. Nevertheless, the Stars could use Pavelski’s skill on the power play and so far that has not happened.

The power play isn’t the only area where Pavelski has gone unnoticed. He has played 135 minutes of 5-on-5 play during his 10 games in Dallas and has recorded zero goals and only one secondary assist. To the eye test of someone who watches every game, he is nowhere to be found at even strength.

He has been paired with Benn and Seguin on the top line. He’s been shuffled to play with Roope Hintz and speedy rookie Denis Gurianov. Pavelski has even seen himself demoted to the third line with Radek Faksa as of late. The former Sharks captain just hasn’t found that chemistry with linemates so far on this roster. Here are how his current 5-on-5 stats look via NaturalStatTrick.com:

Across the board we can see his offensive output is nearly cut in half of what he saw on the Sharks. Now, we can give a lot of reason being that he is coming from an offensive-minded Sharks team to a defensive-minded Stars’ system. However, Pavelski has been put in offensive situations to provide chances and goals. But so far that is not happening.

Ten games is likely way too early to judge a player in a new system but for someone making $7 million a year for the next three years, you’d like to see him celebrating some goals in his new colors. If “Captain America” can find his heroism in Dallas, the Stars could likely claw themselves out of the early hole they’re in and back to being a playoff contender.