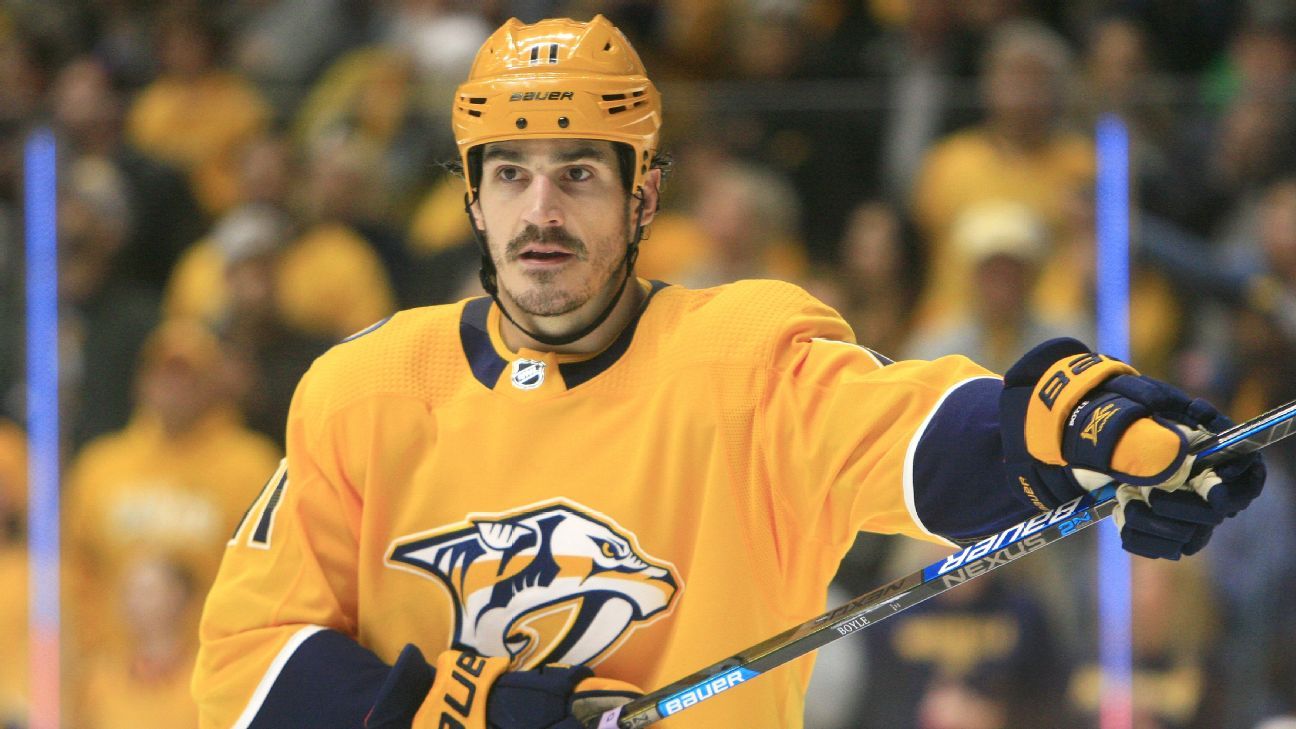 The Florida Panthers have agreed to a one-year contract with center Brian Boyle, the team announced.

Boyle, 34, finished last season with the Nashville Predators, joining the team from the New Jersey Devils a few weeks before the trade deadline. He had five goals and zero assists in 26 games with Nashville, four of the goals coming on the power play.

He had 13 goals and 19 points and added 88 hits in 47 games with New Jersey. He is coming off a two-year, $5.1 million contract that he signed with the Devils.

“With over 700 games played in the NHL and over 100 more in the playoffs, Brian brings a wealth of experience to our club,” Panthers general manager Dale Tallon said in a statement. “He adds versatility and character to our lineup.”

Boyle’s story went beyond hockey a few years ago when he battled chronic myeloid leukemia. He won the 2017 Bill Masterton Memorial Trophy for his perseverance and dedication.

The center originally was drafted 26th overall by the Los Angeles Kings in 2003, and he has played 766 career NHL games with 216 points. He also has blocked 532 shots and has 1,623 hits. He played in the Stanley Cup Final in 2014 with the New York Rangers and 2015 with the Tampa Bay Lightning.