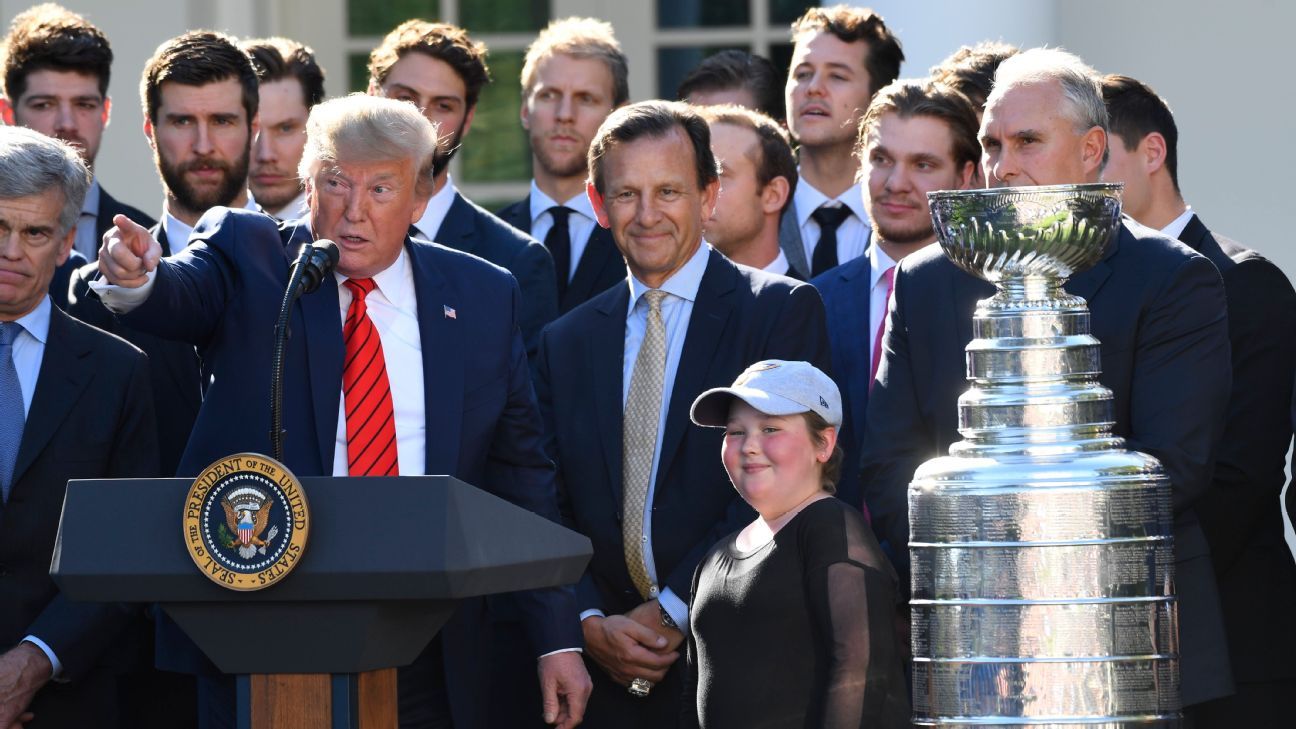 WASHINGTON — President Donald Trump honored the Stanley Cup champion St. Louis Blues on Tuesday, using the occasion to touch on the situation in Turkey and an agriculture deal with China.

Every returning member of the title-winning team went to the White House several months after a couple of 2018 Cup champion Washington Capitals players opted not to visit. Alternate captain Alex Steen said the Blues do everything as a team on and off the ice, and cited that as one reason they captured the first championship in franchise history.

The Blues have a heavy concentration of Canadian players and just one American still on the roster. They followed the lead of recent NHL champions Washington and Pittsburgh, which went to the White House rather than declining or not receiving an invitation from Trump as in the case of recent NBA champions.