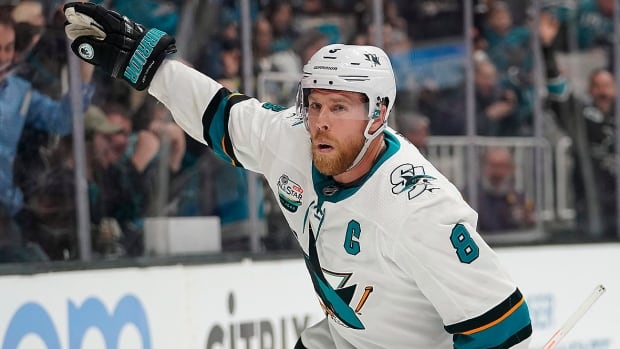 Joe Pavelski joined the Dallas Stars as an expensive free agent coming off one of his best goal-scoring years, while Corey Perry quietly signed a low-cost deal for one year after playing the fewest games of his career because of a knee injury.

That’s where the differences end for the veteran forwards trying to help the Stars make back-to-back playoff trips for the first time in more than a decade. The Stars will try to get past the second round after a Game 7 overtime loss to St. Louis, eventual winners of the Stanley Cup.

Pavelski and Perry both ended up on the same team after lengthy careers with the clubs that drafted them — 13 years for Pavelski in San Jose and 14 seasons for Perry with Anaheim, including a Cup title.

“It’s different. It’s fun,” Pavelski, who signed a three-year, $21-million US deal, said from Frisco, Texas. “It’s an exciting part of our career and it’s a change that I think you come in and you embrace that there’s going to be different things and learn to do it their way and help add to that how you can.

“It’s definitely fun to have a guy coming in with a similar situation.”

Pavelski scored 38 goals last regular season, three off his career high, and helped the Sharks reach the Western Conference finals. San Jose had the most successful stretch in franchise history during the four years he was captain, winning six playoff series.

The 35-year-old figures to play on one of the top lines, probably alongside either captain Jamie Benn or 2018-19 scoring leader Tyler Seguin. The Sharks wanted to re-sign Pavelski but couldn’t make it work under the salary cap after giving defenceman Erik Karlsson a $92 million contract.

Circumstances are a bit different for Perry, who is younger than Pavelski (34) but has seen declining production the past three seasons. Perry might miss the Oct. 3 opener at home against Boston after breaking a bone in his foot two days before the start of training camp.

Even when he’s healthy, Perry isn’t likely to fill a leading role similar to that of Pavelski. Both were drafted in 2003 —Perry with the 28th overall pick in the first round by the Ducks, Pavelski in the seventh round by the Sharks.

“It’s a new chapter,” said Perry, who signed for $1.5 million after the Ducks bought out the final two years of the contract for the franchise leader in games (988). “It’s something different. I’m embracing it as change is sometimes a good thing, rejuvenates myself and my career.”

Patrick Maroon scored in doube overtime to lift the St. Louis Blues to a 2-1 victory over the Dallas Stars. 2:30

Benn figures Dallas is as good a place as any for two guys to start over after each spent so long with the only team he had known.

“I’m sure it’s pretty different for them,” Benn said. “But we make it pretty easy for guys to come into this group. It’s something I take pride in being a captain is we want guys to be comfortable right from Day 1. I think they’re pretty comfortable. They’re fitting in well.”

The Stars are counting on Pavelski for offence after finishing near the bottom of the league in goals during Benn’s lowest-scoring full season since his rookie year in 2009-10. While Seguin led Dallas in points (80), goals (33) and assists (47), Benn scored just 53 points (27 goals, 26 assists).

“Obviously, he’s a goal-scorer,” Seguin said of Pavelski. “But the biggest thing for him, too, is he’s another threat out there. You have him in the slot now and guys got to respect him. It’ll open up guys like me maybe for one-timers now and Jamie in front, so who knows.”

Despite career lows across the board because of the knee injury, Perry is a former champion (2007) and the only player on the Dallas roster with a 50-goal season (50 in 2010-11, when he was the NHL MVP).

“I think they’re a little different some ways,” Seguin said. “I think with Joe you saw how San Jose rallied around him. He’s kind of more of a quiet leader. I think Corey Perry, he’s got the ultimate hockey player resume. He’s won everything. He’s been in every situation, and he’s going to know what to say at those moments.”

Seguin has emerged as a leader a year after signing a $79 million, eight-year extension that kicks in this season, adding him to a mix that includes Benn, veteran forward Alexander Radulov and goalie Ben Bishop, a Vezina Trophy finalist last season.

But there’s always room for more, particularly for a franchise that hasn’t made consecutive trips to the playoffs since the last of five straight post-season appearances in 2008.

“I think we have a couple of levels still to go in how we want to be and what we want to be about as a team,” second-year coach Jim Montgomery said. “Those two are going to help propel us there.”

Pavelski and Perry start with some common ground.