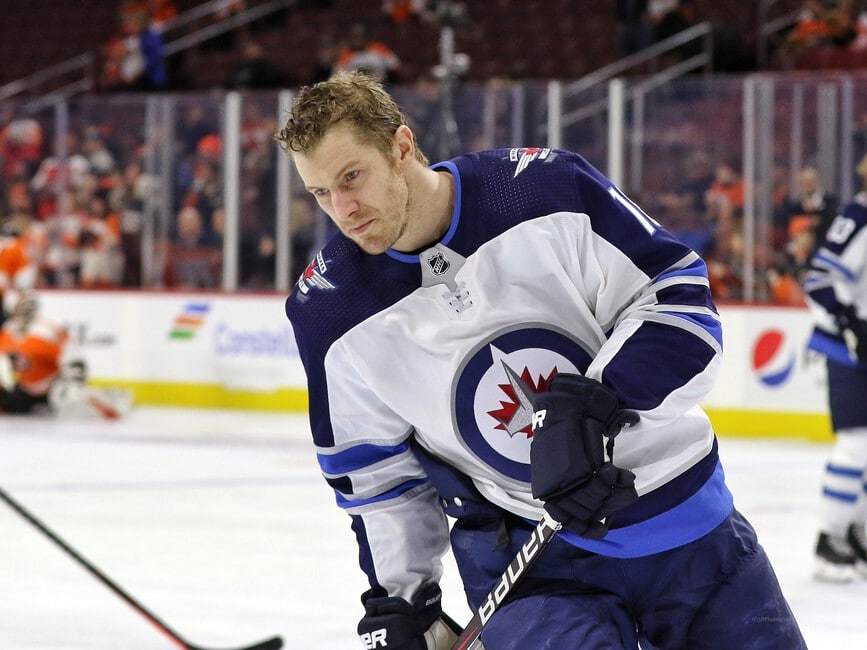 The 2018-19 season was not a great one for the Winnipeg Jets. Sure, they finished second in the Central Division with 99 points, but after what they accomplished in 2017-18, something just did not seem right this time around. In this series, we will take a look at some key Jets’ players who may or may not have been part of the problem in their up and down 2018-19 campaign.

Bryan Little played his second straight 82 game season last year. He saw the majority of his time as the second-line centre until the Jets traded for Kevin Hayes at the trade deadline. He was demoted to third-line centre and even saw time as the fourth-line centre while head coach Paul Maurice juggled line combinations. He finished the year with 41 points (15 goals, 26 assists), his lowest total since the 2012-13 season which was only 48 games due to the lockout. He also tallied one goal and two assists versus the St. Louis Blues in the first round of the playoffs last season.

Little has slowly been on the decline over the past four
seasons. He has a combined minus-30 over those seasons and finished minus-12
last season. Average ice time has slowly been decreasing over those years as
well – he only averaged 15:50 last season, his lowest average in the eight
seasons he has played for the Jets. One strong part with his game over the
years is his faceoff abilities. He was 52.5% on the draw last season and has
averaged 53.9% over the last four seasons.

Little has been a top-two centre all eight seasons the Jets have been back in Winnipeg. He has largely held the second-line centre spot for the last few seasons with the emergence of Mark Scheifele. I still think that the 31-year-old is a large part of the teams’ lineup, but I believe his top-six days should be over. It is time for him to take over the role of a bottom-six guy and mentor the young guns coming up. He does the little things well and has been in this league long enough to still contribute with fewer minutes.

I find it alarming the Jets keep looking for second-line centre help over the past two seasons and giving up back-to-back first-round draft picks to acquire that help at the two previous trade deadlines. They clearly know Little’s time is up as the second-line centre but for some reason are not giving someone else within the organization the chance to step in and take over. As I mentioned earlier, I still feel Little is a heck of a hockey player and has done so many wonderful things for the club and the city in general, but it is time for someone younger to take over his spot on the second-line.

With all that said, I feel Little will be best with a bottom-six role this season. Slightly reduced minutes and playing more of a role-type player when needed in key situations. He has lots of penalty kill experience and with his strong faceoff abilities can still be a very effective defender in his own zone. It is also nice to have a guy like Little step into the top-six if injuries occur, rather than already have him there and needing someone younger to step up later in the season (or having to trade their first-round draft pick for a centre again). Get the younger guys some experience early so the team is that much deeper for the final regular-season stretch and playoffs if they make it.

With the Jets deep pool of talented wingers – having Little in the bottom-six group may not necessarily mean reduced offensive production. He was still able to put up 41 points last season with his lowest average ice time ever as a Jet. If he can stay close to that mark while in a bottom-six role I think his $5.2 million cap hit can be somewhat justified. However, he still has another five seasons with that cap hit that will take him to the age of 36 – Let’s hope he still has lots left in the tank, I think the Jets may regret this one in a few more years.

The good news is Little was still able to do enough in his second-line centre spot last season to help the Jets get to the playoffs. However, his point production went off a cliff once the team acquired Hayes – Little only had two points in the final 20 games of the regular season. Whether it was a case of his reduced role or bad chemistry with his new linemates, he was certainly ineffective in that bottom-six role to close out the year. But he is also clearly not the answer for a top-six role that will see the Jets go on to win a Stanley Cup – I think Kevin Cheveldayoff has made that very clear at the previous two trade deadlines.

I thought Little played well in the playoffs; as I mentioned
earlier, he registered three points in six games and finished with a plus-one
rating. His ice time hovered right around the 15-17 minute mark in those games as
he jumped back-and-forth in the lineup due to the demotion of Hayes and the
line juggling by Maurice after going down 0-2 to start the series.

Little is a versatile player and can be effective anywhere in the lineup; it will be up to Maurice on how to effectively gel the four forward lines to get the most out of his players. As I mentioned earlier, it may be time to start thinking about the future. If they keep Little at second-line centre again this season how will it affect the growth of someone younger? Will they be forced to give up a first-round draft pick again assuming they’re fighting for a playoff spot? Maurice will need to work some magic, that is for sure.