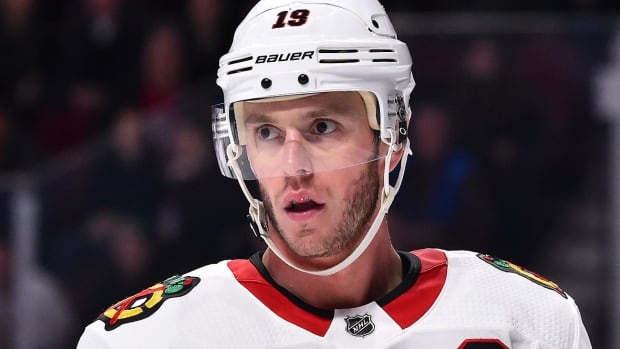 Representatives from the NHL and NHL Players’ Association have met numerous times over the past eight months and not once in a secret underground bunker or a dark parking garage.

Unlike previous collective bargaining negotiations that spilled out into the public, few details are emerging from behind closed doors, a development that provides more than a little quiet optimism that hockey won’t face its third work stoppage in two decades.

“It’s probably the way it should be, and I think that’s probably a good sign that there is some mutual respect and both sides are trying to come to agreements,” Chicago Blackhawks captain Jonathan Toews said. “You have mutual dedication to keeping our game going down the same path and not disrupting that.”

Players have until Sunday to decide whether to opt out of the current labour contract, effective September 2020, after owners decided earlier this month not to trigger their opt-out clause. The sides met twice in the past five days to try to hammer out a CBA extension, and the fragments of reports coming out of talks suggest an environment of co-operation that is less contentious than previous negotiations.

NHLPA executive director Don Fehr described talks as cordial and pleasant. NHL commissioner Gary Bettman called it joint problem-solving. That doesn’t mean there aren’t disagreements, but they may not be big enough to cause the cancellation of games, which is what happened in 2012-13 and 2004-05.

“This is an outgrowth of a relationship that is many years old, even with Don in hockey coming over from baseball,” Bettman said. “It’s a dialogue that continues. It’s a relationship that’s important, there’s mutual respect, there’s good communication flow and we’re busy focused on what may for each of our constituents be the appropriate path forward.”

On the job since 2010, Fehr said these talks have so far been “free from rancour” and deemed that a big improvement. It’s certainly a divergence from the past two CBA disputes in the NHL that were marred by leaks. It all leads labour expert Stephen F. Ross to infer talks are progressing better this time around.

“The NHL has a particular history that I think would allow a, not 100 per cent choice, but a relatively optimistic interpretation of silence,” said Ross, director of the Penn State Institute for Sports Law, Policy and Research. “The fact that there’s nothing public and no leaks suggests to me a high likelihood that things are going well and nobody wants to damage the good relations.”

Toews and other prominent players have made it known they’re not happy with some financial aspects of the CBA, namely the escrow payments connected to the 50/50 split of hockey revenues with owners. Health care and Olympic participation are also issues, though there could by other topics moving to the forefront privately.

I try not to read into everything too much, but I think initially everything seems really good.— Penguins captain Sidney Crosby on the current state of labour talks with the NHL

Bettman and the owners showed a unified front in announcing they would like to maintain labour peace for the next few years because the league is healthy. It’s no surprise given the owners’ gains in the 2005 and 2013 agreements that they feel this way, and players were always the ones most likely to reopen this CBA to tweak some things.

Several players said the diverse, 700-plus-member NHLPA is united on what is important and how to proceed. Roughly 50 players met last week in Chicago, and there is consensus talks are moving in the right direction.

“Just from what I’ve heard, everything’s been really positive,” Pittsburgh Penguins captain Sidney Crosby said. “I try not to read into everything too much, but I think initially everything seems really good.”

If players decide not to opt out, the NHL is guaranteed labour peace for at least the next three seasons with the hope the two sides can extend it longer than that. A CBA extension could still happen over the next year if players opt out, but there’s no telling how that move might change negotiations.

“If they opt out, then we’ll have to be focused on this at the time a little differently than we are right now,” Bettman said. “I’m not going to threaten anything. I’m not going to suggest anything. We’ll deal with it if that’s what happens. It’s their decision and I don’t want to say anything that impacts that decision one way or the other. It’ll be what it’ll be.”

Ross said Fehr, who was the longtime head of the Major League Baseball Players Association, is a master at playing the chess match of preparing for and weighing various scenarios in bargaining talks. He’s not showing his hand on which way the NHLPA might be leaning.

“Guys understand the importance of this and what’s coming up, they’re informed and we’re on the same page,” said Ryan O’Reilly, whose St. Louis Blues won the Stanley Cup last season. “There’s stuff going on, and hopefully it gets solved the right way.”