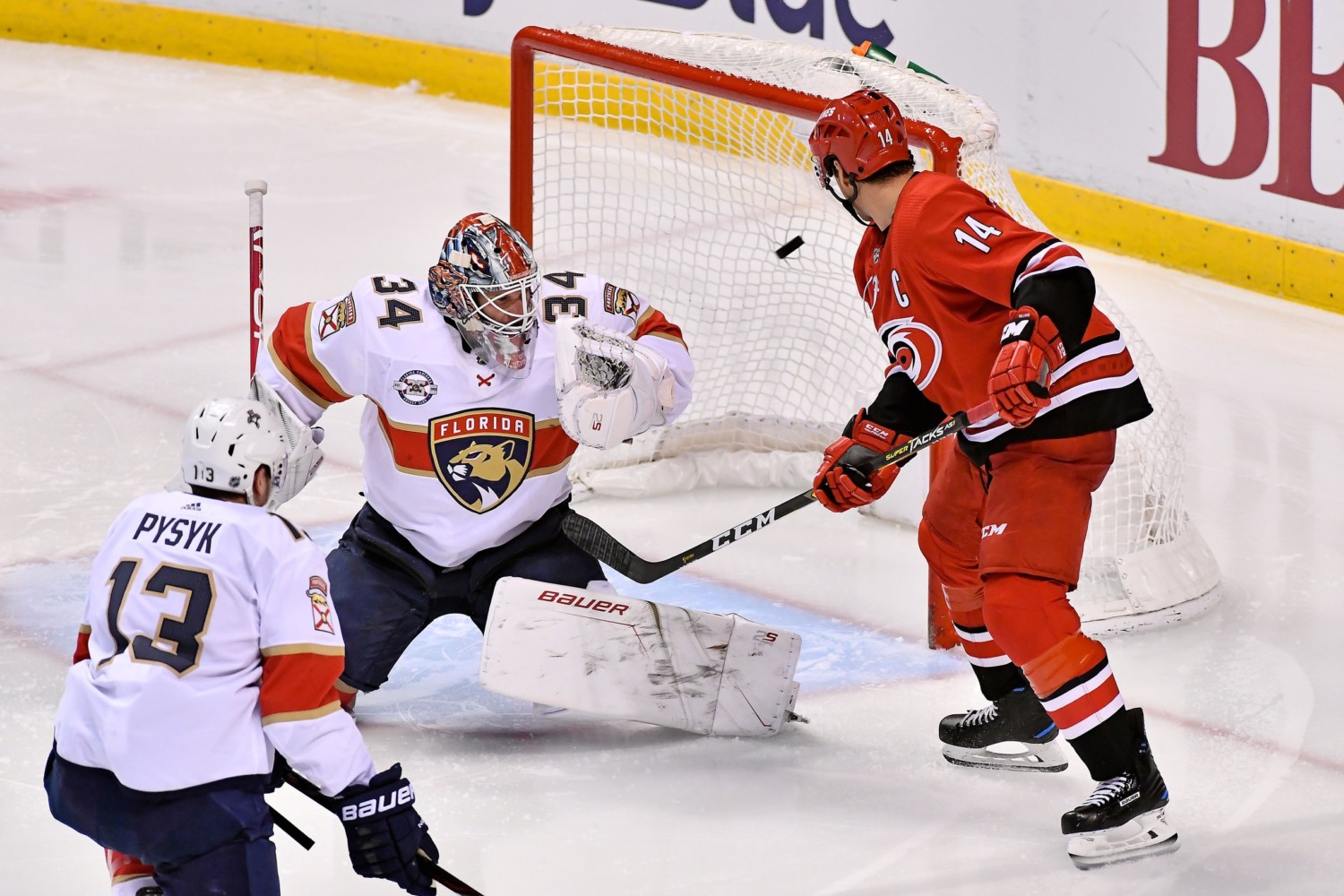 Pierre LeBrun: Andrej Sekera, Scott Darling and David Schlemko were put on waivers today for the purpose of a buyout.

On the Schlemko buy out

Dave Isaac: “#Flyers make a little more room, placing David Schlemko on waivers and will buy him out tomorrow. Saves them $1.2 million in cap space this year, will cost them $600K next year.”

The Philadelphia #Flyers have placed defenseman David Schlemko on waivers for the purpose of a buyout.

Daniel Nugent-Bowman: “The buyout is an unfortunate end to Sekera’s Oilers tenure, which was mired by two separate serious injuries. Sekera was limited to 60 games over the last two seasons because of a torn ACL and torn Achilles. He turned 33 earlier this month.”

Mark Spector: “Sekera buy out coming when it does hints that Holland has the extra money already spent on a UFA or two. Should be an interesting day tmw.”

The Hurricanes and Panthers swap goaltenders

Elliotte Friedman: The Carolina Hurricanes have traded goaltender Scott Darling and a 2020 6th round pick to the Florida Panthers for goaltender James Reimer.

Darling will be bought out by the Panthers.

Chris Johnston: The Panthers had been having trouble moving Reimer’s contract as he has a $2.25 million signing bonus in 2020. This move will help offset the cost.

George Richards: “James Reimer had a $3.4m cap hit for the next two seasons, team was desperate to deal and not have to buy out so just waiting to see how much $$ #FlaPanthers may retain in deal with Carolina. Now have 1 goalie (Montembeault) w/ NHL experience. That’ll change tomorrow…”

Frank Seravalli: “By trading James Reimer to #Canes and buying out Scott Darling, #FlaPanthers will end up with a net cap savings of:

Puck Pedia: “For the #FlaPanthers, buying out Scott Darling costs them $4.733M over 4 years vs Reimer’s Contract of $6.2M remaining over 2 years.