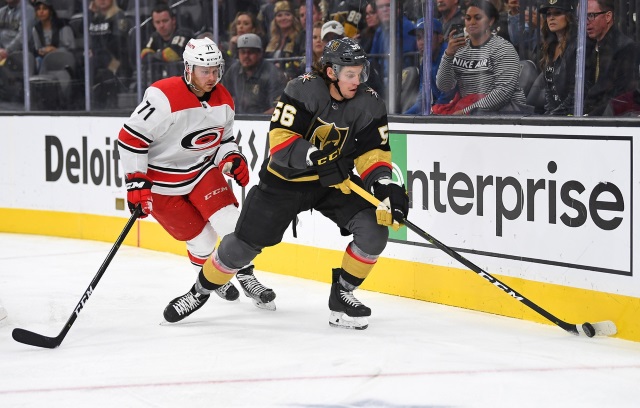 The Vegas Golden Knights have traded forward Erik Haula to the Carolina Hurricanes for forward Nicolas Roy and a conditional 2021 5th round pick.

Thoughts from the media

SinBin.Vegas: “Trading Erik Haula should prove to be a positive signal for the Golden Knights to keep Nikita Gusev. Where his contract may fall… that’s still anyone’s guess, it really could reasonably be anywhere between $1.5-$5 million.”

Jonathan Willis: “That’s… not a lot, really. Vegas was really in a bind here. Interesting to see Carolina so quickly taking advantage of the cap space they literally just cleared.”

Ryan Pike: “Carolina has low-key had an amazing week.”

Cam Robinson: “I like this trade for both sides. Clearly, VGK needed to shed salary, but Roy is a real player. He’s been marinating nicely and was huge for the Checkers on their Calder Cup run. Haula is a versatile middle sixer win. win. win (due to my successful mediation of this conflict)”

Cam Robinson: “People need to remember, Haula is coming off an ACL injury that robbed almost the entirety of his season. And prior to his 55 points the year before (in a top 6 role with inflated metrics) he was a guy who averaged 21 points in 82 games the previous four campaigns.”