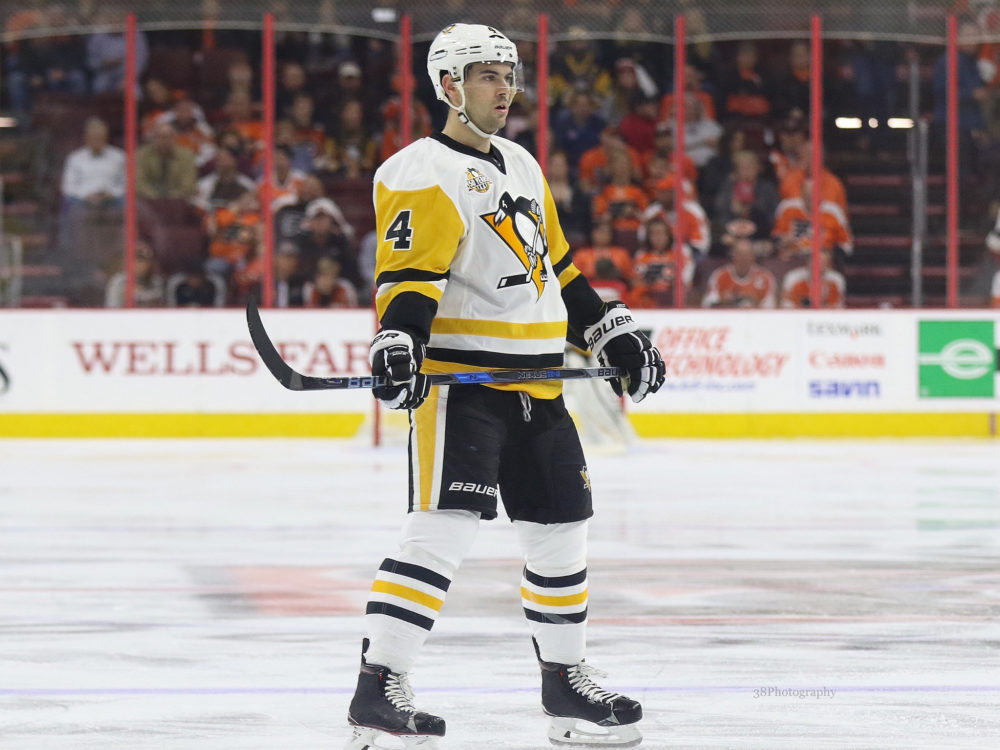 For the next 48 hours, NHL fans are going to hear all about Pittsburgh Penguins captain Sidney Crosby and how Pittsburgh demolished the Nashville Predators on Thursday night. On one hand, yes those are major storylines. Both the best and worst of Crosby was on display in Game 5, and the Penguins seemed to tilt the series heavily in their favor.

But while those subjects are worth discussing, so are the small adjustments that Pittsburgh coach Mike Sullivan made heading into Thursday. After losing two straight in Nashville, Sullivan very easily could have overreacted and made multiple changes.

Gonna to try to avoid the Crosby/Subban stuff now. There’s a lot of good hockey happening in front of us, and no one is talking about it.

He didn’t. Instead, he installed very minor tactical changes, and as a result, the Penguins can clinch their second straight Stanley Cup on Sunday.

Some people actually wanted to debate whether the Penguins should have stuck with their rookie goaltender after losing two straight for the first time in his postseason career. While Murray was far from perfect in Nashville, he did make some nice saves to prevent Game 4 from getting out of hand. That was, and should have been, enough for him to keep his job.

It’s safe to say that Murray will remain in net after becoming just the third rookie to record a shutout in a Stanley Cup Final game. He wasn’t tested much in this one, but veteran wing Chris Kunitz had an interesting take on the young netminder.

“I don’t know how he (Murray) does it,” Kunitz said according to DK Pittsburgh Sports. “But when you exude that kind of confidence, it makes everyone around you better.”

Despite the heroics of Marc-Andre Fleury in the first two rounds, it’s hard to argue with that. Pittsburgh is averaging 3.56 goals per game in nine contests since Murray returned. In the nine games prior to that, the Penguins scored 2.2 times per contest.

As much as the Penguins love Fleury as a teammate, the offense performs better when Murray is in net. It was the correct call to stick with the 23-year-old for Game 5.

Prior to Game 5, many, including myself, were calling for a massive change on the blue line. More ice time for Justin Schultz and Ian Cole appeared to be the smallest adjustment Sullivan could make. The most drastic would have been to insert Mark Streit for either Ron Hainsey or Trevor Daley.

He made no lineup changes, but to begin the game, Sullivan did have Brian Dumoulin on the ice with Justin Schultz. The two helped create the first scoring chance of the game that saw Crosby streak right into the middle of the offensive zone, draw a penalty and nearly score.

The rest of the night, Sullivan moved back to his favorite defensive pairings – Dumoulin-Hainsey, Schultz-Cole and Daley-Mattaa. It couldn’t have worked any better in Sullivan’s dreams. Schultz scored on that first man advantage, ending a long power-play drought for Pittsburgh, and Hainsey looked like a reincarnation of Kris Letang throughout the game.

Sullivan said he believed in the team before the game. He proved it by sticking with his guys and making only the one minor adjustment at the start to get things rolling.

This tactical change was Pittsburgh’s biggest adjustment in Game 5. The Penguins recorded 37 hits Thursday, setting a new team-high for the 2017 Stanley Cup Final.

A lot of those hits were down below the Nashville net and on the Predators defense. This was key because most of Nashville’s offense starts with its blue line, which owns 53 points in the playoffs. But on Thursday, they were battered and beaten so badly that they couldn’t do much offensively. They were stuck defending a lot of the night.

As indicated by the 6-0 score, a ferocious forecheck combined with Pittsburgh’s ability to score off the rush is a lethal combination. It gives the Penguins two very different ways to score. Against a good forecheck, defenders can’t help but cheat a little to get back behind the net quickly to avoid a hit. It’s at that point when even more rush opportunities will come.

Establishing a forecheck will be key to ending the series on the road in Game 6. Without a doubt, the Nashville crowd will be in a frenzy, and the Predators are going to have an extra gear. But if the Penguins can establish another strong forecheck, they’ll have a decent chance of winning.